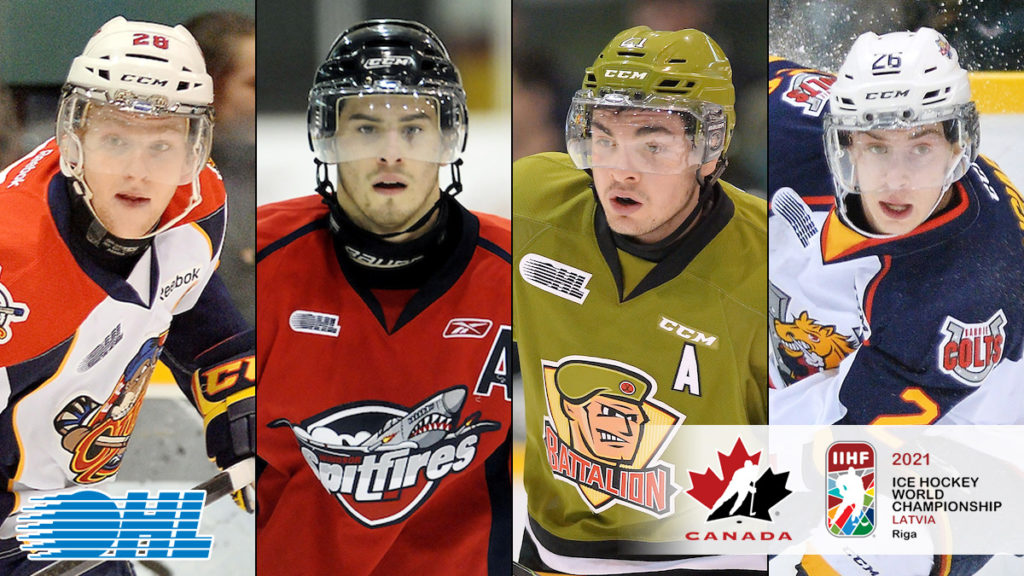 A total of 10 OHL alumni were included on Canada’s roster in addition to Ottawa 67’s head coach Andre Tourigny, who was serving as an assistant in Latvia.

The Finns opened the scoring in a rematch of the 2019 gold medal game before QMJHL graduate Maxime Comtois tied things up. Finland re-took the lead in the third, setting the stage for Windsor Spitfires graduate and former OHL Playoff MVP Adam Henrique to knot the score at two with 7:23 remaining.

“We started off 0-3, not the start we wanted, but we came together as a group,” said Paul. “People counted us out, [but] we knew we were going to come together, work hard and take it in the end and we did. We made it closer than we wanted, but it was an unbelievable, hard-fought game and I’m super proud right now.”

“You get familiar with how Finland plays; they play such a structured and tight defensive game,” said Henrique. “We knew it was going to be a battle. We knew we were going to have to find a way to score a few goals to win because once they get a lead they are tough to come back on and they’ve proven that year after year.”

What a tournament for Andrew Mangiapane!

After the game, Barrie Colts graduate Andrew Mangiapane was named tournament MVP. He finished with seven goals – four of them game-winners – and four assists in seven games. He was also named to the media all-star team.

“I think [Mangiapane] came in and added an element that we needed at the right time,” said Henrique. “Him coming over was huge for our team [and] our team chemistry and it seemed to click on the ice, which was big for us moving forward.”

Brown was also impressive, leading the tournament with 16 points including 14 assists in 10 games. The 14 helpers are the most-ever by a Canadian in a single year, and tied for second-most in tournament history.

Despite losses to Latvia, and the U.S. and Germany, Canada posted wins over Italy, Kazakhstan and Norway before a shootout loss to Finland to cap the preliminary round. With a little bit of help along the way to advance to the quarterfinals, Canada earned a spot in the gold medal game with a 3-2 overtime win over Russia in the quarterfinals and a 4-2 semifinal victory over the United States.