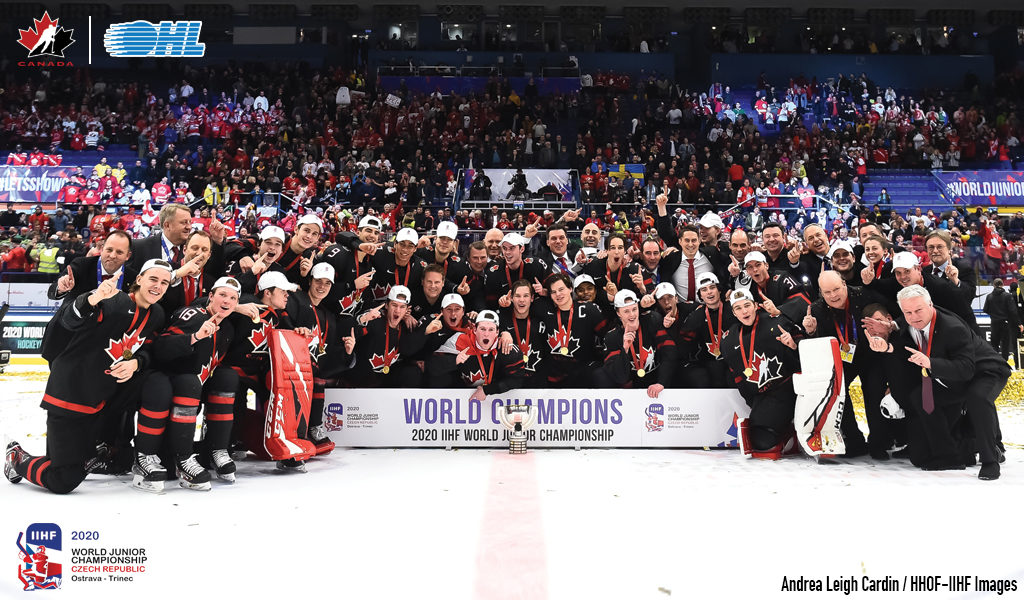 Toronto, Ont. – The Ontario Hockey League is proud to recognize 10 past and present OHL players in addition to a number of hockey operations staff members returning from the 2020 IIHF World Junior Hockey Championship with gold as members of Canada’s National Junior Team, following a 4-3 win over Russia Sunday in Ostrava, Czech Republic.

Following the conclusion of the game, Hayton, who finished second in tournament scoring with 12 points (6-6–12) over seven games, was named to the tournament’s Media All-Star Team alongside former Soo Greyhounds teammate Rasmus Sandin of bronze medalist Sweden.

Sing it loud and sing it proud. 🇨🇦

Canada, this is for you! 🍁🏆pic.twitter.com/ZJ9poCPeLW

Canada finished the preliminary around atop the Group B standings with a 3-0-0-1 record after posting wins over the United States (6-4), Germany (4-1) and the Czech Republic (7-2), and dropping a 6-0 decision to Russia. The Canadians earned a chance to play for gold after defeating Slovakia (6-1) in the quarter-finals and blanking Finland (5-0) in the semi-finals.

Canada will defend its gold medal on home ice when the 2021 IIHF World Junior Championship comes to Edmonton and Red Deer, Alta., this December.