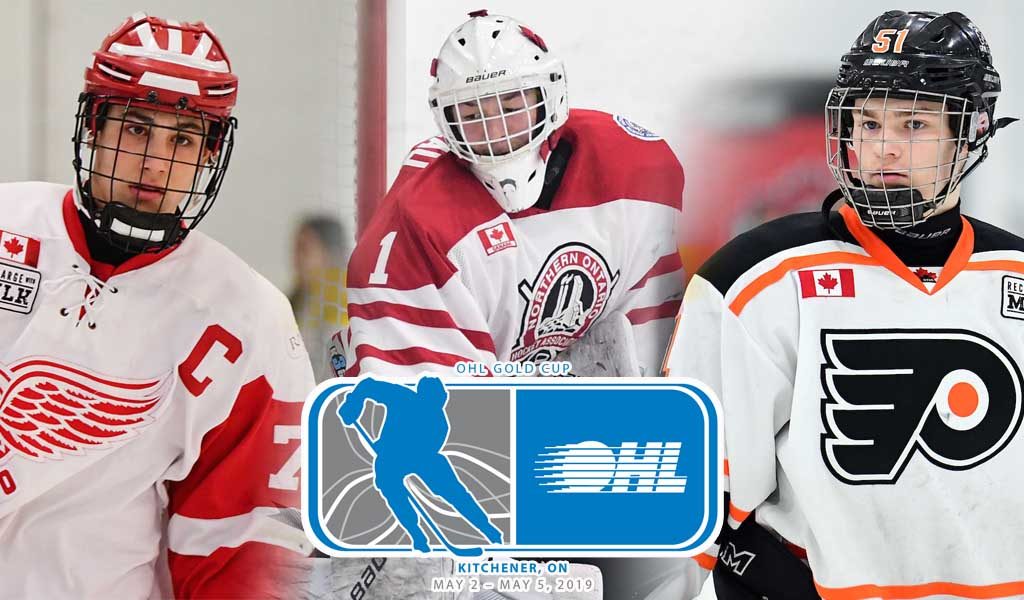 KITCHENER, ON – 129 players selected in last Saturday’s OHL Priority Selection have been named to 2019 OHL Gold Cup rosters where they’ll represent their respective minor hockey associations from May 2-5 at the Activa Sportsplex in Kitchener, Ont.

For the second straight year the Ottawa 67’s feature the most prospects in the annual showcase with 11 followed by the Kingston Frontenacs and North Bay Battalion with nine.

The OHL Gold Cup is an annual showcase event featuring top under-16 talent in Ontario. As part of the Hockey Canada Program of Excellence, select players from the OHL Gold Cup will be invited to attend the National Under-17 Selection Camp, where they will have a chance to compete with other top talent from across Canada, to earn a spot at the World Under-17 Hockey Challenge.

“The Ontario Hockey League is proud of our partnership with the Ontario Hockey Federation and Hockey Canada that extends to great events like the OHL Gold Cup which provides players with another unique development opportunity,” said Joe Birch, OHL Senior Director of Player Development and Special Events. “Some of the very best players from across Ontario, including future OHL stars and members of Canada’s National Under-17 Teams, will be showcasing their abilities in May. It will be exciting to see how the action unfolds and which players are able to seize the moment.”

In addition to development opportunities, players will compete in three pool games and one crossover game on the final day, with the OHL Gold Cup champion being named from the winner of the A1 versus B1 crossover game – all games are open to the public.

About the OHL Gold Cup

Running from May 2- May 5 at the Activa Sportsplex in Kitchener, Ont, the OHL Gold Cup is an annual showcase event featuring top under-16 talent in Ontario. As part of the Hockey Canada Program of Excellence (POE), players competing at the OHL Gold Cup have an opportunity to be evaluated for invitation to the national under-17 development camp, where Hockey Canada gathers the top talent from across the country to introduce players to the national team program and provide a foundation of development as they progress through the POE.