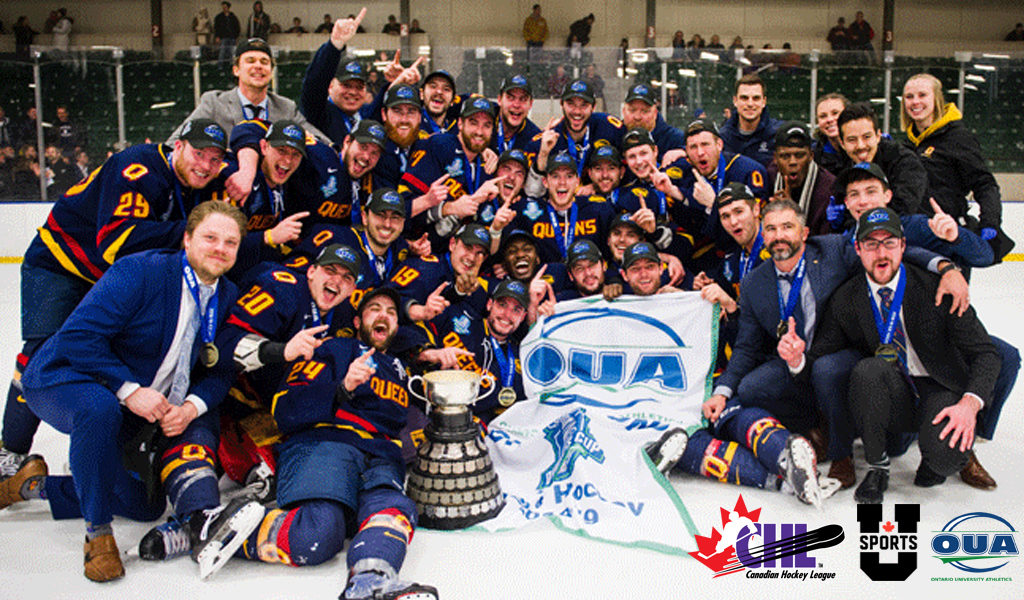 For the first time in 38 years, the Queen’s Gaels have secured the OUA men’s hockey title after defeating the Guelph Gryphons by a 4-1 score in Saturday’s championship game.

The Gaels opened the scoring early into the middle frame after forward Jaden Lindo (Sarnia Sting) deflected a shot past the Gryphons netminder. Guelph then got on the board with just 25 seconds remaining in the second period when Marc Stevens (Guelph Storm) slipped one by Queen’s goaltender Justin Fazio (Sarnia Sting).

Queen’s went back to work in the third period, firing home two markers to push their lead to 3-1 on goals by Lindo and forward Henry Thompson. Fellow forward Liam Dunda (Moncton Wildcats) then iced the game with an empty netter in the final minute of play.

Both squads will now compete in the national championship for the chance to win the 2019 University Cup. The tournament kicks off March 15 at the University of Lethbridge.