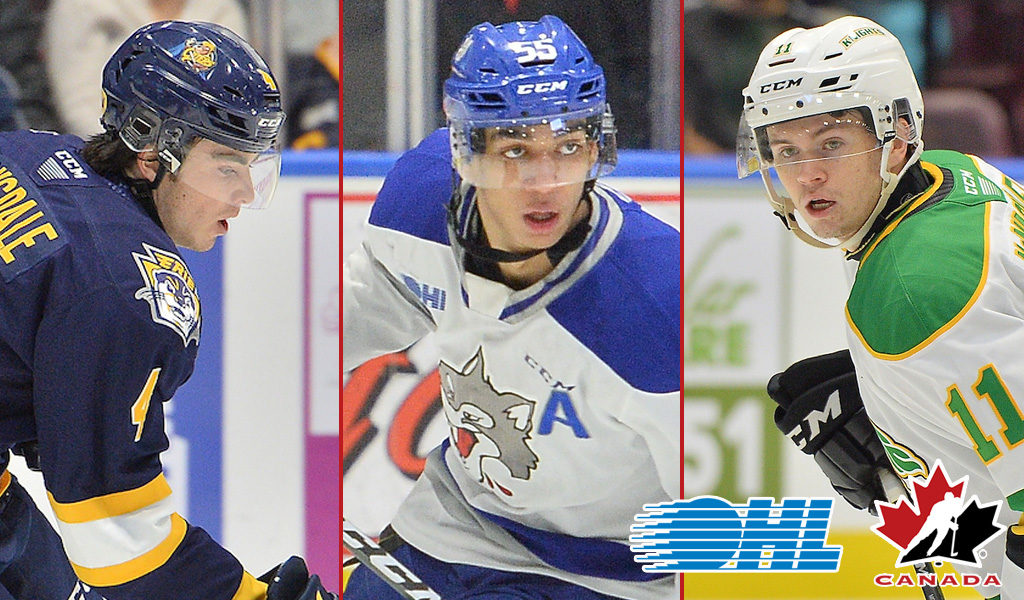 Toronto, Ont. – The Ontario Hockey League is proud to announce that 18 OHL players have been invited to Canada’s National Junior Team Selection Camp scheduled to take place from November 16 to December 13 in Red Deer, Alta.

The roster selection was led by Scott Salmond, senior vice-president of national teams for Hockey Canada, with assistance from Ben Shutron, manager of national teams for Hockey Canada, and Alan Millar, the U20 lead for the Program of Excellence management group. Head coach Andre Tourigny (Ottawa 67’s) and assistant coaches Michael Dyck (Vancouver Giants) and Mitch Love (Saskatoon Blades) provided input, along with coaches and general managers from across the Canadian Hockey League.

A larger-than-usual roster and a longer-than-usual selection camp mean the road to the 2021 #WorldJuniors will be anything but ordinary.

But it gives head coach @BearTourigny and his staff an opportunity to do things they wouldn’t be able to do in a typical year.

The 46-man camp roster includes 11 OHL forwards, five defenders and a pair of goaltenders as attendees compete for a chance to represent Canada at the 2021 IIHF World Junior Hockey Championship from December 25 to January 5 in Edmonton, Alta.

“Although this has been a difficult year for our athletes and staff, we are excited to unveil the 46 players who will compete for a spot on Canada’s National Junior Team at the 2021 IIHF World Junior Championship,” said Salmond. “We know our athletes are excited for the opportunity to defend gold on home ice this year, and we expect a highly competitive selection camp with a number of difficult decisions to be made when it comes time to select the players who will wear the Maple Leaf in Edmonton in December.”

The selection camp will be held at the Westerner Park Centrium, home of the WHL’s Red Deer Rebels. To ensure the health and safety of all participants and the community at large, Hockey Canada will be closely following enhanced measures around testing and team protocols.

No box is being left unchecked when it comes to #COVID19 protocols and providing the safest environment possible during @SportChek selection camp. 🇨🇦🏒😷

The selection camp will include practices and three intrasquad games, as well as six games against a team of U SPORTS all-stars, between November 28 and December 13 before the team enters the bubble in Edmonton in preparation for the 2021 IIHF World Junior Championship. The camp will take place in a cohort bubble and will be closed to the public and media. Details about media availability throughout selection camp will be announced at a later date.

“As we continue to navigate through the COVID-19 pandemic, Hockey Canada has taken important steps to maintain the health and safety of our National Junior Team athletes and staff, as well as the community at large, during selection camp and throughout the World Juniors,” said Tom Renney, chief executive officer of Hockey Canada. “As much as we would enjoy allowing fans into the building to support Team Canada throughout the camp, we need to be responsible as we look to keep all parties safe before teams enter the bubble in Edmonton.”