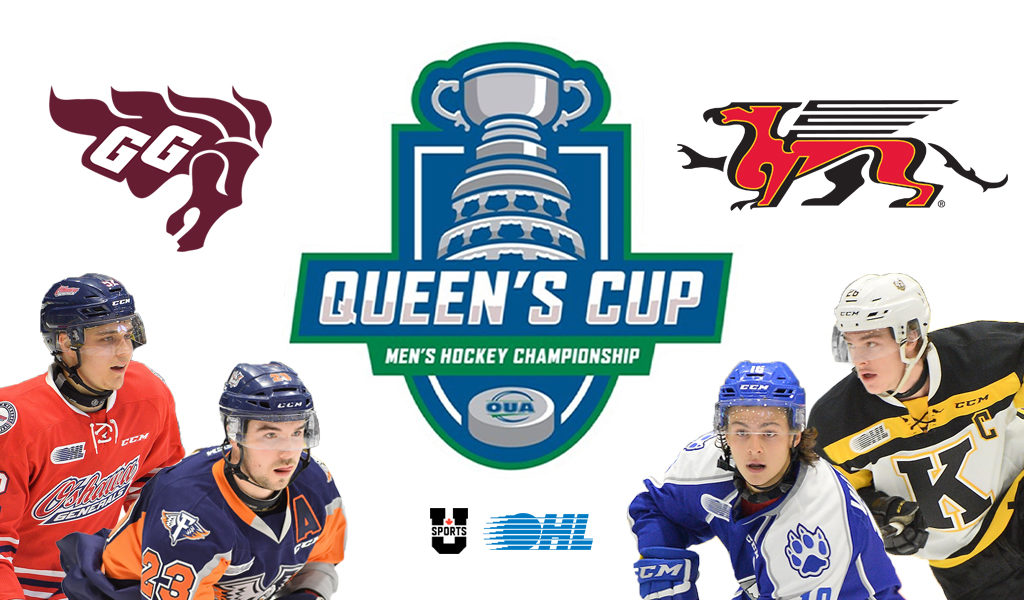 The University of Ottawa Gee-Gees and University of Guelph Gryphons are headed to the 109th Queen’s Cup Final with a total 12 former OHL skaters suiting up for the one game showdown.

The nationally-ranked fourth place Gryphons’ playoff run began with a West Quarter-Final matchup against the Laurier Golden Hawks, where they crawled back from a 3-1 loss to defeat Laurier in the three-game series. They’d sweep the Semi-Finals against the Brock Badgers before defeating the Western Mustangs in three games to claim the OUA West Final.

The Gee-Gees, who are ranked third in the country, kicked off their postseason against the Ontario Tech Ridgebacks, taking the series in three games. Down 1-0, they’d win the next two games over the UQTR Patriotes in the semis and take down the Concordia Stingers in just two games to own the OUA East Final.

And then there were ✌️.

Just one more step in the path to the #QueensCup 🏒 and a the right for a team to call themselves champions! 🏆😤#WeAreONE | #QuestForTheCup pic.twitter.com/ATZyJChylv

The two squads met on October 19th for their only matchup of the regular season. The Gee-Gees came out on top with a 5-4 comeback overtime victory.

The Gryphons will be looking for their seventh OUA title and will host the big game in their own barn, having earned home ice advantage upon finishing the season with 39 points, just one ahead of Ottawa’s 38. They’ll be hungry to claim what was almost theirs a year ago when they fell to the Queen’s Gaels at the 108th Queen’s Cup Final in Kingston. Ottawa will be battling for their shot at hoisting the trophy for the first time.

Puck drop is set for this Saturday at 7pm from the Gryphon Centre Arena. Both teams will also be gearing up for the 2020 U SPORTS National Championship from March 12-15 in Halifax.

“It’s hard to put into words. This is something we’ve been trying for since year one and now it’s finally happening. It’s exceptional.” — Captain Quinn O’Brien (@Q_OBrien22)