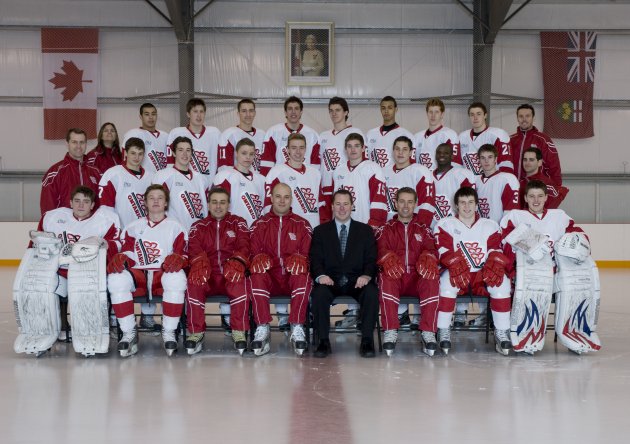 20 of the top minor midget players eligible for the 2011 OHL Priority Selection are set to compete for Team Ontario at the 2011 Canada Winter Games February 11-18 in Halifax, NS.

The tournament features 12 teams comprised of three pools. Ten Provinces, The North West Territories and the Yukon comprise the 12 teams who will be competing for the Gold medal. Based on the 2007 Canada Winter Games rankings Team Ontario is seeded first and is in Pool A that also features Team British Columbia, Team Quebec and Team Nova Scotia.

“It is always a challenge when you have to select a team from a group of athletes who are so committed to excellence within their sport. We know that there will always be disappointment for those players who are not selected at the end of the evaluation process. However, we as a staff believe that we have put together a group of athletes who will represent Ontario with pride and class both on and off the ice and are capable of winning the Gold medal at this year’s Canada Winter Games, stated Director of Operations Matt Rabideau.”

“The quality and skill level of the players selected to represent Ontario at this year’s Games indicates that the minor hockey system in Ontario is not only producing high performance athletes but also quality citizens as well said head coach Dave Milek.”

The Hockey Development Centre for Ontario (HDCO) facilitates the Men’s Under-16 Canada Winter Games hockey program on behalf of the 3 Ontario Branches of Hockey Canada.

TSN will air one of Wednesday’s Quarter-Final games, with both the Bronze and Gold Medal Game to be shown live on TSN2.