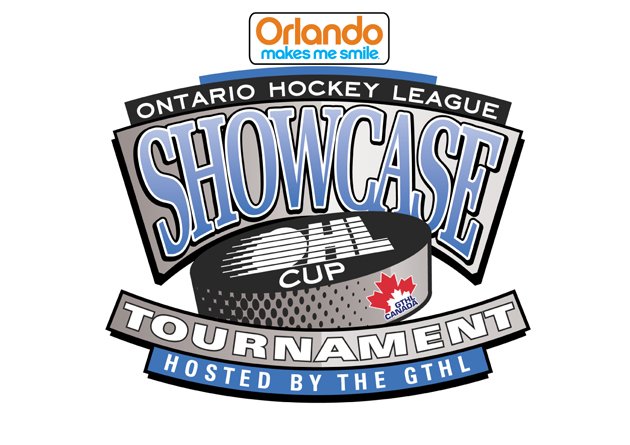 Toronto, ON – The Ontario Hockey League in association with the Greater Toronto Hockey League today announced the 20 competing teams and final schedule for the 2013 OHL Cup Showcase Tournament, hosted by the GTHL and presented by Visit Orlando to be played March 12-17 at the Hershey Centre in Mississauga, ON.

The 40-game round-robin begins Tuesday evening with four games on the schedule and continues through Friday evening at the Hershey Centre.  The top two teams in each division qualify for one of the four Quarter-Final matchups on Saturday morning, with Semi-Final games played Saturday night at Hershey Centre.  The Championship Final is set for 3:00 pm Sunday afternoon at Herb Carnegie Arena in North York.

The showcase provides fans and scouts one last opportunity to see many of the top minor midget aged players from across Ontario and parts of the United States compete for the OHL Cup performing against the best competition prior to the 2013 OHL Priority Selection.

10:15 am Ottawa Senators vs. Halton Hurricanes

9:30 am Halton Hurricanes vs. Waterloo Wolves

8:30 am Elite Hockey vs. Toronto Marlboros

10:15 am Mississauga Rebels vs. Ottawa Senators

Last season the Mississauga Rebels captured their second OHL Cup title in three years following a dramatic 2-1 overtime win against the Toronto Marlies.  The Championship Final featured nine players selected in the first round of the 2012 OHL Priority Selection including Players of the Game goaltender Liam Herbst of the Rebels and Roland McKeown of the Marlies.  First overall pick Connor McDavid was named Tournament MVP scoring an incredible 19 points in seven tournament games.

Three of the last five players selected first overall in the NHL Entry Draft are OHL and OHL Cup graduates including Taylor Hall of the Edmonton Oilers, John Tavares of the New York Islanders, and Steven Stamkos of the Tampa Bay Lightning.  2011 NHL Rookie of the Year Jeff Skinner of the Carolina Hurricanes also competed in this event, as did 2012 NHL Entry Draft first round picks and current OHL stars Thomas Wilson, Scott Laughton, Malcolm Subban, and Brendan Gaunce.