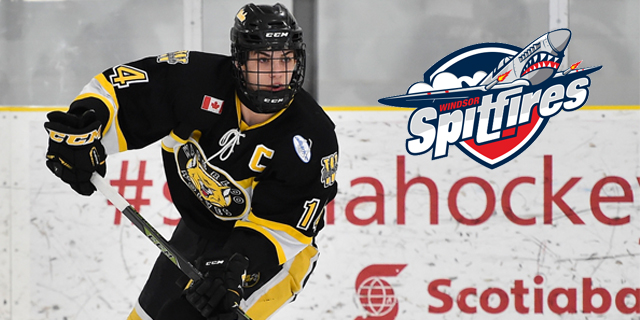 Windsor, ON – General Manager Warren Rychel is pleased to announce the club has agreed to a Standard OHL Player and Education Package with forward Chris Playfair.

Taken in the 4th Round (#75) of the 2016 OHL Priority Selection, Playfair spent the 2015-16 season with Waterloo Wolves Minor Midget AAA program, scoring 10 times and adding 20 assists in 33 regular season games.

“Chris is a solid kid. A solid two-hundred-foot player,” Rychel said. “And a kid with leadership abilities. A hard-worker that will chip in at both ends. His work ethic is outstanding. We’re really looking forward to seeing him at training camp and seeing what he can do.”

Playfair says signing with the Spits has been on his mind for weeks.

“I’m super excited. I have been since draft day,” Playfair said. “But this is just a start. I’ve got to keep working hard on the ice and in the gym now. I want to be ready to do anything the coaches want me to do. I’m going to do anything I can to be a team guy.” 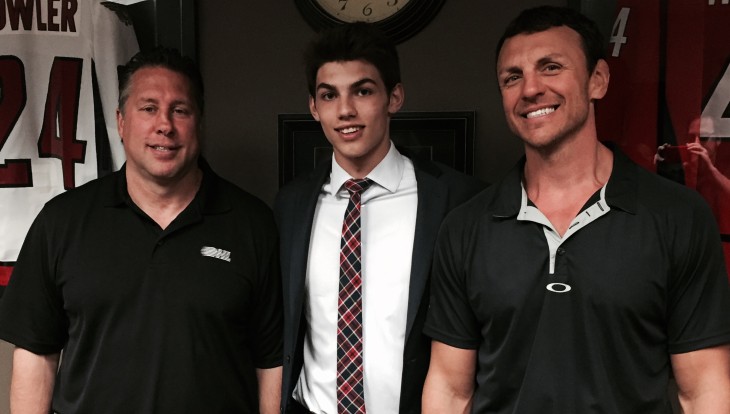