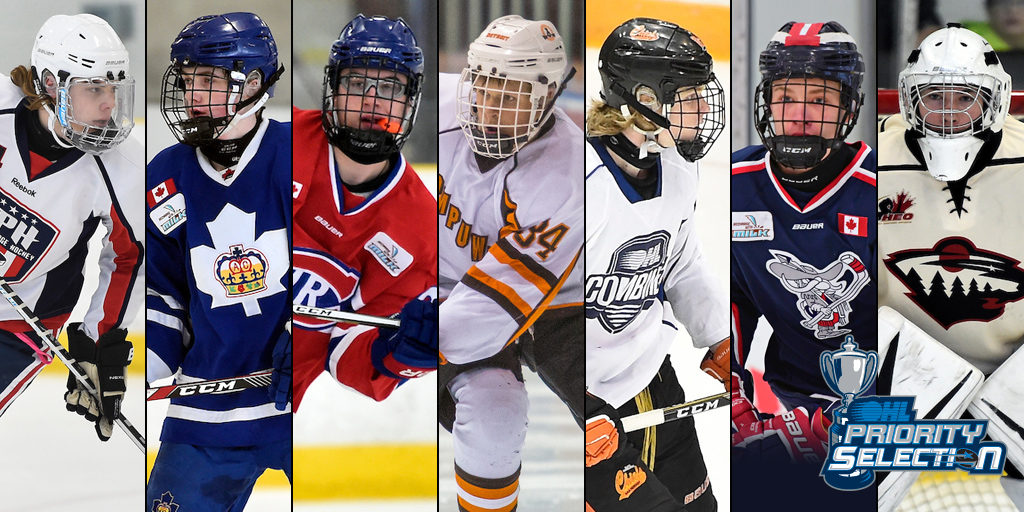 OHL Central Scouting says: Tag is a big, skilled centre that almost every team is looking to add to their roster. He has a good combination of size and skill, like his father Todd, he plays with an edge to his game. Tag has a good skill set and always wants to have the puck on his stick. He is very creative and does a lot of things most players don’t even attempt to do. He has a pro shot that he can get away quickly. His shot is one of his biggest weapons and he isn’t afraid to use it.

OHL Central Scouting says: Graeme is a goal-scorer. He possesses one of the better shots in this year’s class. It’s a hard, accurate release that he seems to be able to get off from anywhere in the offensive zone. He is a very good skater when at full stride and should improve as he gets stronger. He is very creative with the puck and has good offensive instincts as the puck always seems to find him on the ice. He is a smart offensive player that doesn’t put himself in bad positions.

OHL Central Scouting says: Cody is a skilled centre that generates the majority of his team’s offence. He is a smart player that always seems to be in position and the puck tends to follow him. He has a good skating stride and accelerates well. He has good puck skills and can stick handle effectively in small spaces and still make very good plays to create scoring chances. He shoots the puck very well but is more of a pass-first type of player always looking to set up his teammates.

OHL Central Scouting says: Arthur is a big, skilled power forward that isn’t afraid to get involved physically. He is a powerful player that has a good stride and is deceptively faster than most defencemen think. He shoots the puck like a junior already as his shot is very hard and he gets it off extremely quick. Arthur finds open ice very well and has the ability to hit the open holes just as the puck is getting there. He has the type of natural offensive instincts that are hard to teach.

OHL Central Scouting says:  Mark is a big, versatile defenceman that has a presence each time he is on the ice. He is a lengthy defender with very good mobility. He has a good skill set and is not afraid to rush the puck when the opportunity arises. Mark sees the ice well from the back end and makes good outlet passes. He shoots the puck well and does a great job of using his feet to find the open lane to the net. He is used in every situation by his coaches and plays at all the key times as well.

OHL Central Scouting says: Evan is a big, steady defenceman that is hard to play against at this level and will be at the next level as well. He is very mobile and skates well for a player of his size and stature. His skating ability combined with his reach are an intimidating presence for most players at this level. He does a very good job of taking away time and space and makes good decisions with the puck. He has a heavy and accurate shot from the point that he gets through on a regular basis.

OHL Central Scouting says: A talented netminder from Greely, Ont., Luke backstopped Kemptville to an appearance in the HEO U18 Final before falling to the Cornwall Colts. A real competitor, he battles for pucks, tracks them well and is a steady last line of defence for his team. Cavallin catches right and is a highly regarded name ahead of  the upcoming OHL Priority Selection.