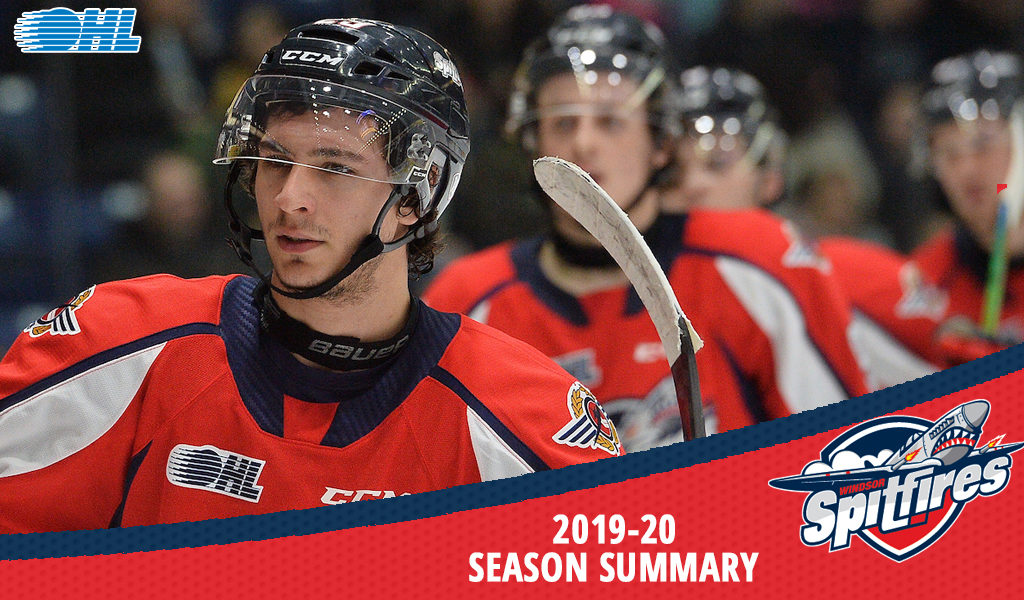 The Windsor Spitfires rounded out their 2019-20 season in the middle of the West Division with a 34-20-8-0 record to their names; a respectable 76-outcome when considering their regular matchups against a pair of the OHL’s winningest in the division rival Saginaw Spirit and Flint Firebirds. They saw progress from many of their older skaters, an impressive leading performance from newcomer Egor Afanasyev and a major change at the management level.

Management shift
One of the more prominent storylines out of Windsor surrounding the season came at the front office level. Warren Rychel announced that he’d be departing after 13 years as GM, leaving behind a legacy that includes over 500 combined wins and three Memorial Cup championships. Bill Bowler, who both played, coached and most recently held a front office job with the club, was named GM and VP of Hockey Operations ahead of puck drop. Rychel joined the Barrie Colts squad in the offseason and was named interim head coach in the absence of Dale Hawerchuk. He was ultimately relieved of his duties in January.

Standout Spits
Leading the charge in Windsor were first year Egor Afanasyev and fourth year skater Tyler Angle. After acquiring Afanasyev’s rights in a trade with Ottawa last season, the 6-foot-4 Nashville Predators prospect committed to the Spitfires over the summer and wound up leading the team in points with an explosive 31 goals and 67 points. Angle, a Columbus Blue Jackets draftee, soared to new heights as well, having lit the lamp 29 times and, too, notching 67 points that included a team-high 38 helpers.

A pair of hopeful NHL Draft picks
Windsor housed two of the most anticipated NHL Draft prospects this past season in Jean-Luc Foudy and Will Cuylle. Coming off a 49-point rookie campaign, Foudy’s sophomore stint saw a 43-point production and an uptick in goals with 15 on the year. Big 6-foot-3 playmaker Cuylle maintained a similar pace in his second term, improving from a 42-point rookie performance to 43 points on the scoresheet in his draft year. Both Foudy and Cuylle, who showcased skills on a grander stage when they competed at the 2020 Kubota CHL/NHL Top Prospects Game this past January, received rankings of 33rd and 34th by NHL Central Scouting in their most recent and final draft rankings list.

Further improvement
Dallas Stars prospect Curtis Douglas turned things up a notch with an improved 30 goals and 60 points in his fourth OHL season, as did veteran defender and Vegas Golden Knights draftee Connor Corcoran who set career-highs with 19 goals and 54 points. Third year Spitfire Daniel D’Amico also trended upwards, chipping in for 23 goals and hitting the 50-point plateau for the first time.

Boka makes the record book
Speaking of lists, the list of Spits’ all-time greats gained a new name as captain Luke Boka concluded his five-year OHL career with a spot in the record book. His 17 goals on the season was a new career-high and his 313 appearances with Windsor set a new franchise record. At the conclusion of his fifth and final season over which he notched 36 points, Boka was voted the Western Conference’s Best Shot Blocker for the third year in a row.