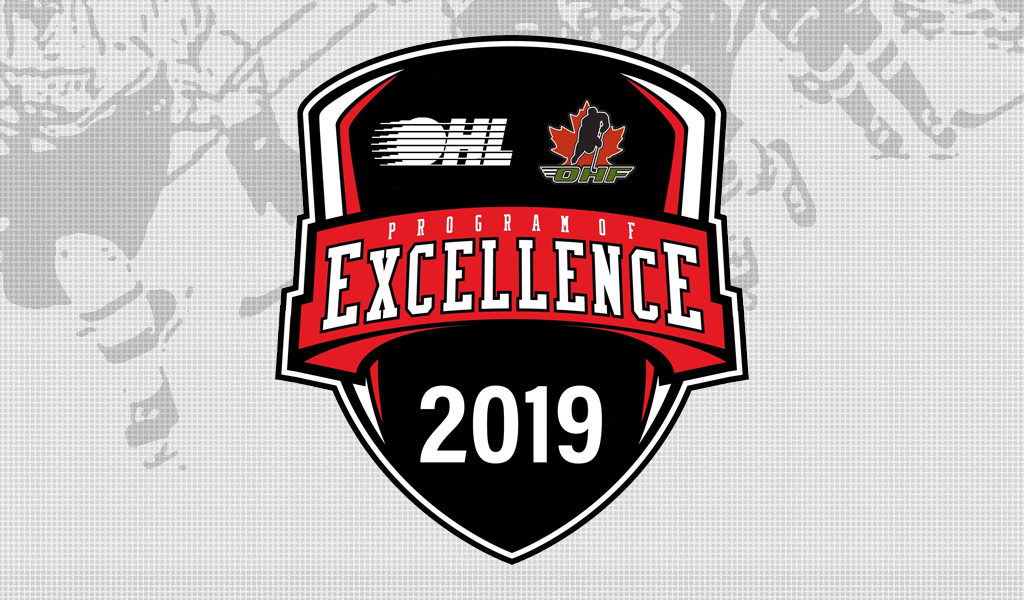 The dates are set for the 12th annual OHF/OHL U15 Program of Excellence Camps. Held in April and May of this year across Ontario, the camp will focus on a variety of on and off-ice sessions, helping to ensure players are provided the most up-to-date development strategies.

The goal of the program is to introduce players, families and staff to high performance hockey,  Hockey Canada’s Program of Excellence and the Ontario Hockey League by creating a unique and special life and hockey experience for all players and staff involved. During the camp, players will participate in intense, high performance on and off ice sessions and seminars. On-ice sessions include four practices and two games over the course of the three-day weekend. Off-ice sessions include seminars with keynote speakers on topics such as mental health, sports psychology, nutrition, and fitness.

“The OHF/OHL U15 Program of Excellence is a truly unique and special minor hockey experience we’re proud to help deliver in partnership with the OHF,” said Joe Birch, OHL Senior Director of Hockey Development and Special Events. “For more than a decade we’ve seen hundreds of players and families use this event as an opportunity to develop on the ice with OHL coaching and off the ice in the various educational seminars led by industry experts.”

Players born in 2004 and are registered to a team in the OHF for the 2018-19 season, are encouraged  to apply to participate. Coaches looking to get involved with the Program of Excellence are also able to apply through the link below. All applications are due by February 24, 2019.

U14 PROGRAM OF EXCELLENCE GOALTENDING CAMP TO BE OFFERED IN KITCHENER

In partnership with Hockey Canada and the Ontario Hockey League (OHL), the OHF will host one camp in Kitchener on April 27th – 28th for up to 36, 2005-born male goaltenders. These U14 goaltenders will be under the instruction and leadership of goaltending experts working with a curriculum from Hockey Canada’s High Performance Goaltending Advisory Group.

The two-day camp will have four on-ice sessions focusing on skating, edge work, tracking of the puck and rebound control in station-based learning. There will also be three off-ice sessions covering mental preparation, position specific warm-up and cool-down and an introduction to the Hockey Canada Program of Excellence. All players will receive a Hockey Canada jersey and t-shirt for participating.

“We are excited to continue with the strides made last year in developing goaltenders in the OHF. The high-quality of instruction, along with the enthusiasm shown by each goaltender in attendance, made for an unforgettable weekend of learning and development that we look forward to seeing once again this April,” said Tony Foresi, chair of the board for the OHF.

Goaltenders interested in this introduction to the Program of Excellence are asked to apply by February 24, 2019. All applicants will be notified of their status within two weeks of the deadline.