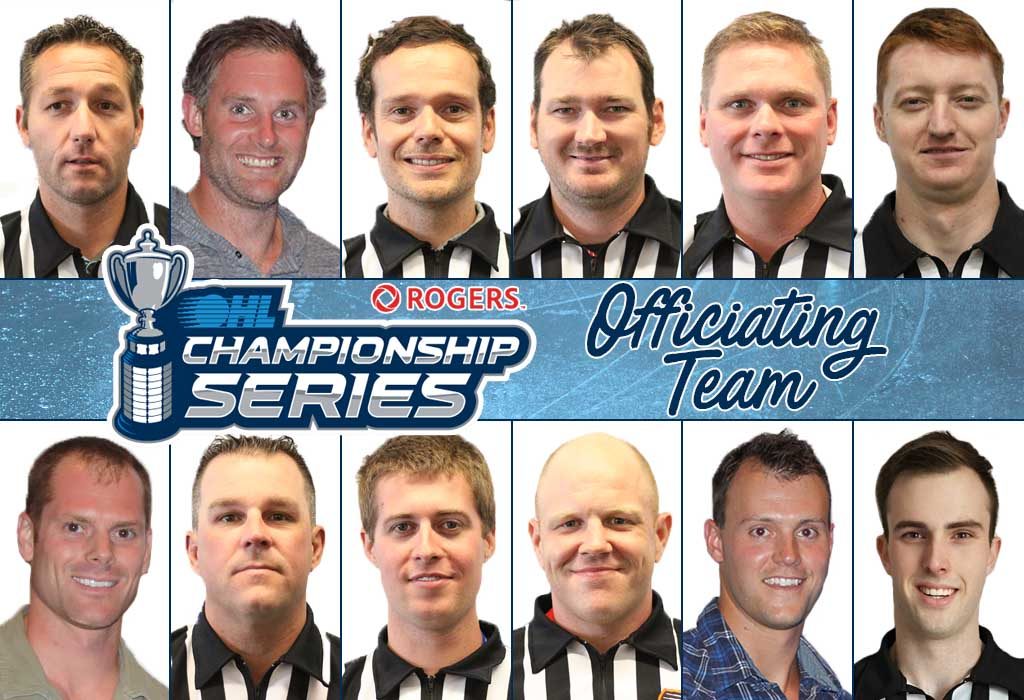 Toronto, ON – The Ontario Hockey League today announced the Officiating Team for the 2019 Rogers OHL Championship Series for the J. Ross Robertson Cup between the Ottawa 67’s and the Guelph Storm which begins on Thursday night in Ottawa.

Conrad Haché, OHL Director of Officiating, has assigned 12 officials for the Championship Series including six Referees and six Linesmen.

Referees named to work the series are Darcy Burchell of Hamilton, Jason Faist of Cambridge, Scott Ferguson of Etobicoke, Michael Hamilton of Barrie, Sean Reid of Ottawa, and Anthony Tapper of Kitchener.

(Number of OHL seasons in brackets)

In addition, the OHL is proud to congratulate linesman Dustin McCrank who will depart for his second straight assignment in the IIHF Men’s World Championship which opens next Friday in Slovakia.

The Robertson Cup is emblematic of the Ontario Hockey League’s championship series.  The Cup was presented by J. Ross Robertson, who was president of the Ontario Hockey Association from 1901 to 1905.  Since its inception, the Robertson Cup has been won by 29 different teams with the Oshawa Generals leading the way with 13 championships including a record seven straight from 1938-44.

The winner of the Rogers OHL Championship Series will advance to the 2019 Memorial Cup presented by Kia which takes place May 16-26 and also features the host Halifax Mooseheads, the Quebec Major Junior Hockey League’s Rouyn-Noranda Huskies, and the winner between the Western Hockey League’s Prince Albert Raiders and the Vancouver Giants.