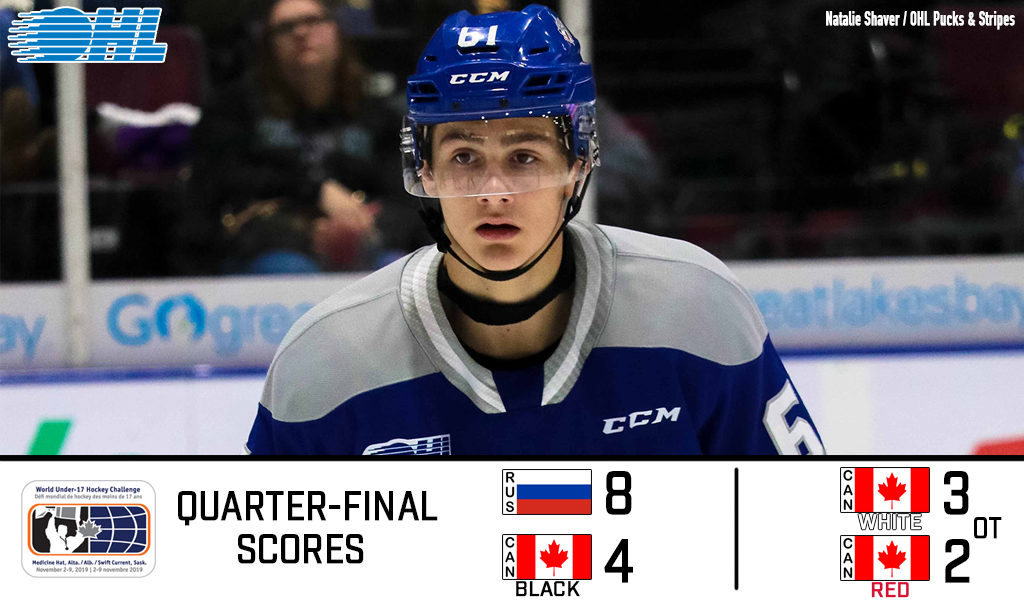 Canada White emerged victorious from Thursday’s Quarter-Final action at the World Under-17 Hockey Challenge while Canada Black and Canada Red saw their gold medal hopes dashed. Here’s a look at what transpired in Medicine Hat and Swift Current.

Russia 8, Canada Black 4
Medicine Hat, Alta. – Team Canada Black’s run of undefeated play at the World Under-17 Hockey Challenge came to a screeching halt on Thursday as Russia skated to an 8-4 victory, eliminating them from medal contention at the annual tournament.

Canada Black fell behind 2-0 after one period and 5-0 by the midway point of the third before stepping things up in the second half of regulation. A pair of goals from Jayden Grubbe (Red Deer Rebels) along with singles from Brennan Othmann (Flint Firebirds) and Sean Tschigerl (Calgary Hitmen) weren’t enough as Russia scored eight times on 31 shots.

Prokhor Poltapov led the way with three goals and an assist for the Russians who advance to face the Czech Republic in Friday’s semi-finals.

The loss means Canada Black will take a trip back east to Swift Current to take on Finland in the seventh-place game on Saturday morning.

Canada Red drew even with just 2:50 remaining in regulation on a goal by Dovar Tinling. Connor Lockhart (Erie Otters) also scored while Kyle Masters (Red Deer Rebels) had two assists in the loss while Wyatt Johnston chipped in with one.

The loss sends Canada Red to the fifth-place game; it will face Sweden on Saturday afternoon in Swift Current. 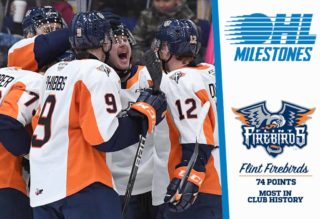