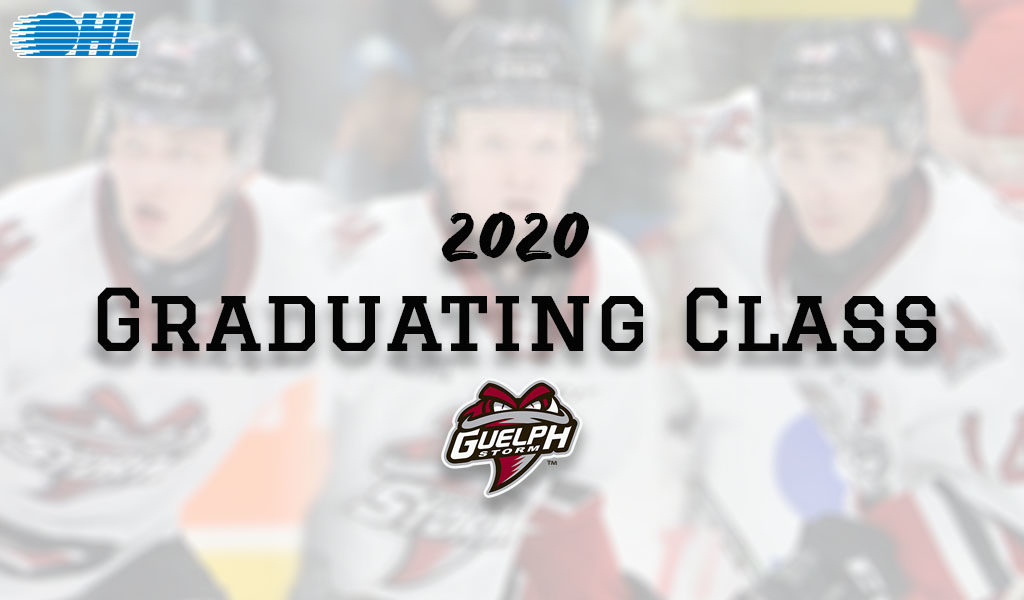 Coming off an OHL championship, the Guelph Storm surely saw their share of highs and lows this past season. Through it all, they had a solid veteran presence to help set the future of the club up for success in the coming years.

The 2019 OHL champs bid farewell to overage defenders Fedor Gordeev and Josh Wainman as well as seasoned forward Cedric Ralph as they prepare to take the next steps in their careers.

Fedor Gordeev (Hamilton, Flint, Guelph – 2016-2020)
Standing tall at 6-foot-7, Fedor Gordeev was a mobile, versatile piece of the Guelph Storm lineup, topping off his overage season with a second straight 32-point (4-28—32) output. The 21-year-old Toronto native was originally drafted by the Hamilton Bulldogs in the 2015 OHL Priority Selection, suiting up for a total of 10 games before being sent to the Flint Firebirds and eventually finding a home with the Storm where he’d eventually list the J. Ross Robertson trophy in 2019 with a trip to the Memorial Cup. Gordeev was selected by the Toronto Maple Leafs in the 2017 NHL Draft and signed an entry-level contract with the Minnesota Wild in May of 2019.

Cedric Ralph (Guelph – 2016-2020)
A member of the Storm through and through, overaged centreman Cedric Ralph skated in 241 games with the squad. Over that time, he put forth a 137 point (72-65—137) showing that included a career high 50-point campaign during the 2018-2019 year ahead of their OHL championship postseason, where he’d also chipped in for nine points (4-5—9) over his 24 playoff appearances. The Peterborough product was picked up in the seventh round of the 2015 OHL Priority Selection by the Storm and is currently a free agent with bouts of NHL rookie camp with the Carolina Hurricanes and Florida Panthers.

Josh Wainman (Erie, Hamilton, Guelph – 2015-2020)
Veteran Josh Wainman capped off his five-year OHL career as a welcome veteran presence on the Guelph Storm blueline where he posted his highest point total yet, notching six goals and 20 points over 60 games. The fellow Peterborough native was an original pick of the Erie Otters in the 2015 OHL Priority Selection, appearing in 22 games as a rookie and cracking the lineup as a regular skater over the 2016-2017 season. He split his time with the Otters and Bulldogs before heading to Guelph to finish out his fifth and final OHL term. Wainman concludes his career with 56 points (12-44—56) in 254 OHL contests and departs as a free agent.