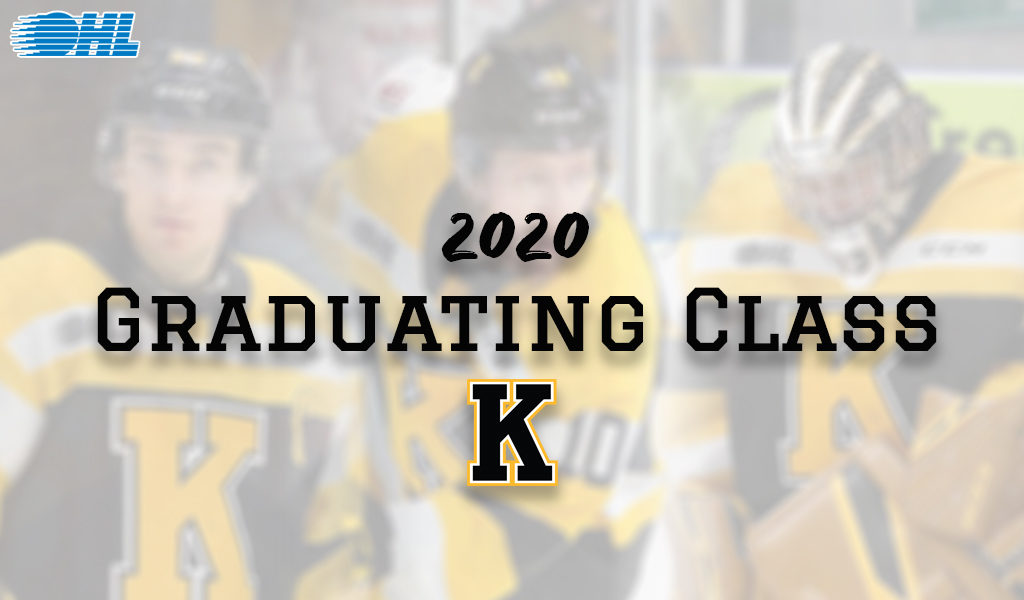 While it may have been a rebuilding year for the Kingston Frontenacs, leadership on the backend was plentiful.

Captain Jakob Brahaney, veteran netminder Christian Propp and seasoned defender Nick King prepare for the next step in their hockey careers upon wrapping up their OHL terms with the Frontenacs.

Jakob Brahaney (Kingston – 2015-2020)
A Frontenac from start to finish, veteran Jakob Brahaney skates away following a lengthy OHL career. After splitting his rookie year between the Fronts and the OJHL’s Kingston Voyageurs, just an hour-and-a-half away from his hometown of Campbellford, Ont., the defender played four seasons in the black, gold and white, amassing 95 points over 262 appearances. He registered 37 points (4-33–37) over his final term, good for fourth overall in Kingston scoring. Credited for his leadership qualities on and off the ice, the 21-year-old was awarded the captaincy at the start of his final season. During his tenure with the club, the Fronts won an East Division title and reached the Eastern Conference Final. During his second full season with the team, Brahaney registered an impressive 30 points and a team-leading plus-25 rating. He also skated in the Vancouver Canucks’ rookie camp prior to the 2018-2019 season.

Christian Propp (Barrie, North Bay, Sault Ste. Marie, Kingston – 2015-2020)
His OHL career brought him many places, but Christian Propp wrapped up his junior hockey stint minding nets with the Fronts. Over 28 appearances, he’d maintain an .874 save percentage and a 4.57 goals-against average. The 6-foot-2 product of Milton, Ont. was a fifth round pick of the Barrie Colts in the 2015 OHL Priority Selection, and would have stops in North Bay and Sault Ste. Marie before landing a home in Kingston to finish out his overage year. Propp received an invite to the Pittsburgh Penguins’ development camp and Prospects Tournament in the 2018 offseason.

Nick King (Owen Sound, North Bay, Kingston – 2016-2020)
Veteran D-man Nick King caps off his four-year OHL career with 89 points (19-70—89) spanning 217 appearances, having brought plenty of experience to the Kingston lineup in his overage season. The 21-year-old from Waterloo, Ont. played 48 games in a Frontenacs uniform, putting forth a 25-point production (8-17—25). King was drafted by Owen Sound in the 2015 OHL Priority Selection and suited up with the Attack and the North Bay Battalion before being dealt to the Fronts early this past season. He’ll play U SPORTS Men’s Hockey with the Waterloo Warriors next season.

2000-born players:
The Frontenacs also have two 2000-born players in left wingers Justin Pringle and Dawson Baker, both of whom have not yet been drafted by an NHL club.