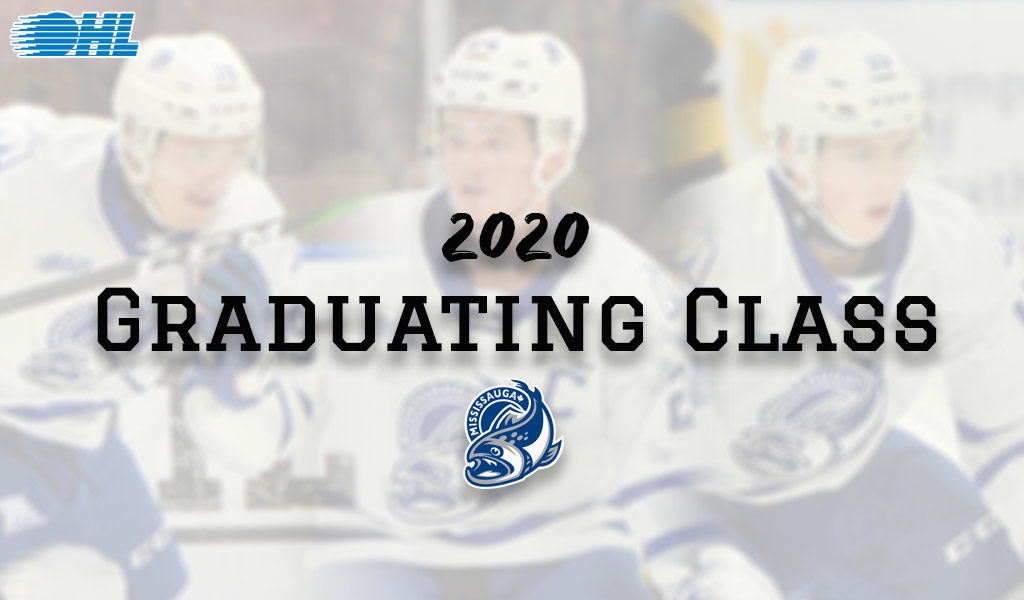 Having learned the ropes from the former leadership groups of a handful of different OHL clubs, these three overagers were able to pay it forward as they rounded out their careers among the Mississauga Steelheads’ more experienced skaters.

The Fish say goodbye to captain Liam Ham and veteran forwards Nick Isaacson and Calvin Martin as they swim away from their final OHL seasons.

Liam Ham (Niagara, Mississauga – 2016-2020)
Veteran blueliner Liam Ham was presented the opportunity to exhibit his leadership skills over the course of his final season when he was named the franchise’s seventh captain back in September. His four full seasons in the league, spanning 228 appearances and split between the Niagara IceDogs and the Steelheads, saw a 107 point (20-87—107) total and an eight point (2-6—8) output over 18 playoff games. The Newmarket, Ont. native was a fifth round pick of the IceDogs in the 2015 OHL Priority Selection out of the York-Simcoe Express Minor Midget program. He’d go on to put forth a 21-point output in a 56-game season with the OJHL’s Aurora Tigers over the 2015-16 campaign.

Nick Isaacson (Peterborough, Mississauga – 2016-2020)
A Mississauga native himself, left-shooting forward Nick Isaacson felt right at home upon being traded to the Steelheads midway through his third OHL season. He suited up for 87 games with the Fish, posting a 39-point (17-22—39) production. Over his 224 OHL contests, Isaacson put forth a total 82 points (32-50—82). His rookie stint with the first place Petes throughout the 2016-17 season included a 12-game playoff run to the Eastern Conference finals, over which he chipped in with a goal and two assists. He was picked up in the fifth round of the 2015 OHL Priority Selection by the Petes following his minor midget season with the GTHL’s Mississauga Reps and spent the 2015-16 campaign with the OJHL’s Lindsay Muskies where he was good for 31 points in 46 games.

Calvin Martin (Sault Ste. Marie, Sarnia, Mississauga – 2016-2020)
Following a few bounces between teams that included a stint in the QMJHL, Calvin Martin found a new home in Mississauga to round out his four-year OHL stretch. He spent his overage year with both the Sting and the Fish, registering a career high 40-point production over his 56 final OHL appearances between both clubs. The 20-year-old winger was originally drafted by the Soo Greyhounds in the 2015 OHL Priority Selection out of his hometown Peterborough Petes Minor Midget program, and played the following season with the OJHL’s Stouffville Spirit.

2000-born players:
The Steelheads also feature three 2000-born players in left wingers Richard Whittaker and Nicholas Canade as well as netminder Kai Edmonds. They all have yet to be drafted by NHL clubs, but Canade got a taste of the NHL environment when he was offered the opportunity to skate in the New Jersey Devils’ Development Camp in 2019.