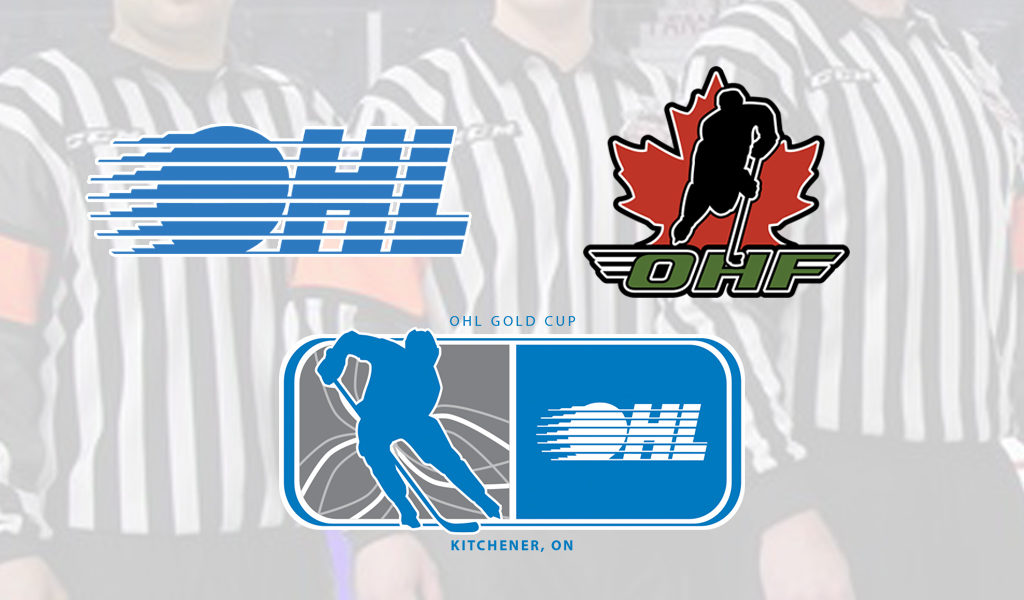 A development opportunity, officials will participate in a combination of on and off-ice sessions. Each official will be assigned to four games throughout the camp, that will be supervised by OHL personnel with feedback given, as well as one on-ice session on skating and testing. Off-ice seminars will be run by OHF and OHL personnel and cover a variety of topics including, Communication, Game Management, 4-officials-system and Video review.

“The OHL Gold Cup High Performance Officiating Camp presents a great opportunity for officials that are challenging themselves to continue to improve their craft,” said OHL Director of Officiating Conrad Hache. “This provides them an opportunity to showcase themselves to the OHL as well as other Leagues such as the NHL among others.  The camp allows officials to learn in a variety of different environments including on-ice, off-ice and in-game scenarios at the 2020 OHL Gold Cup where they’ll receive feedback and instruction that will serve to help them reach their potential.”

Officials should be able to handle top level Minor Midget AAA and have the desire and willingness to develop their skills and maximize their potential.

Interested officials are requested to visit this link and submit the application form by March 27th: LINK

Applicants will be contacted either way the first week in April.

About the OHL Gold Cup:
Running from May 6- May 10 at the Activa Sportsplex in Kitchener, Ont, the OHL Gold Cup is an annual showcase event featuring top under-16 talent in Ontario. As part of the Hockey Canada Program of Excellence (POE), players competing at the OHL Gold Cup have an opportunity to be evaluated for invitation to the National Under-17 Selection Camp, where they will have a chance to compete with other top talent from across Canada, to earn a spot at the World Under-17 Hockey Challenge