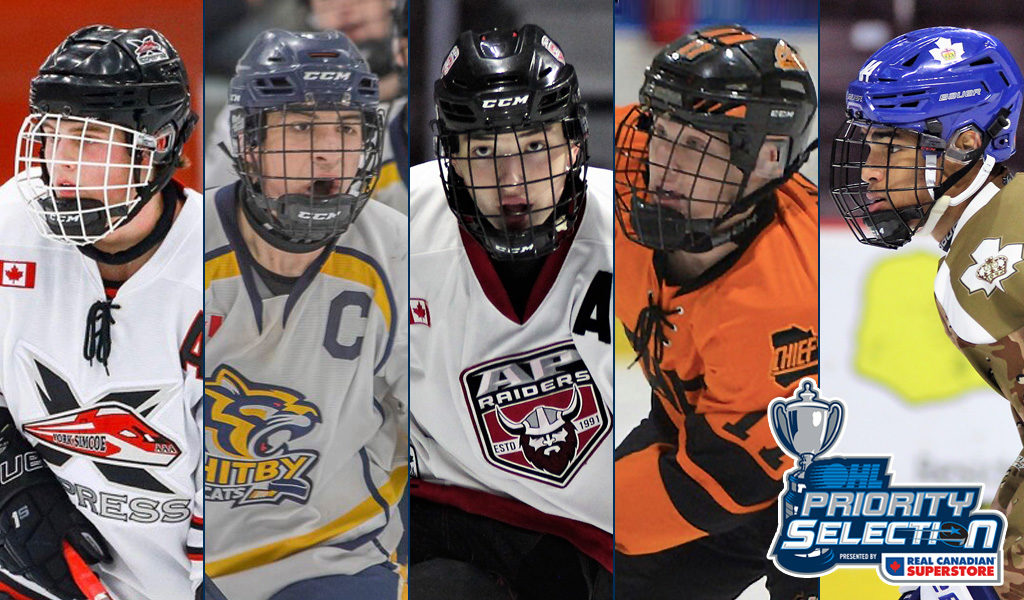 The 2020 OHL Priority Selection presented by Real Canadian Superstore is fast approaching with the big day slated for this coming Saturday. Fans can follow the Priority Selection beginning at 9:00am with the first three rounds streaming live on the OHL’s YouTube channel. Follow along pick-by-pick at ontariohockeyleague.com.

Here’s a look at five top prospects including two defencemen and three forwards eligible for this year’s OHL Priority Selection.

OHL Central Scouting says: Jackson is an offensive minded defenseman who loves to have the puck on his stick and isn’t afraid to join or lead the play. He is a very smooth skater with good mobility who creates offense by using his strong skating ability. He is very aggressive on the offensive blue line and activates constantly to try and create offense. His defensive game has improved since the beginning of the season and he is now using his size to defend and separate more. He played a ton and was used in every situation as a big part of his team’s success.

OHL Central Scouting says: Isaiah is a gifted skater that is noticeable as soon as he’s on the ice because of how well he moves in every direction. He has good size and presence on the ice. He plays with confidence and isn’t afraid to be creative with the puck on his stick. He always has his head up and has good vision from the back end.  His shot is good and accurate and he gets it on net regularly from the point. He has all the tools and ability to be a top end defender at the next level.

OHL Central Scouting says: Ryder is a big power forward that plays a very heavy game and is hard to handle when he gets going in open ice. He is a good skater that needs to improve on his ten-foot game, but once he gets going his speed is good enough for the next level. He competes hard and hits hard all the time. He will drive the net and go to those dirty areas to score goals, which is something he does very well.  He has a junior level shot already; it has pace, accuracy and he gets it off very quickly when he needs to. It isn’t necessarily helpful that he always appears to be on the ice, as he isn’t the smoothest skater. When he gets tired, he bogs down. Ryder is physically strong enough to play at the next level, he now just needs to work on getting quicker.

OHL Central Scouting says: Matthew kept getting better as the season progressed and was a big part of why his team had all the success that they did. He is a player that impacts a game from every angle. He is a “pass first” type of player and has elite skill, vision, and creativity that allows him to make all the players around him better. He plays in every situation for his team and doesn’t ever seem to take a shift off or a short cut when he is on the ice. He is excellent on draws; winning or scrambling the majority of them. His team was playing down the stretch and he was the driving force behind them.

OHL Central Scouting says: Even though he wasn’t the leading point producer or goal scorer during the regular season, Brady is the leader and driving force for his team. He took his game to another level offensively in the playoffs, averaging two points a game and a goal a game. He was a physical force every time he was on the ice and he creates time and space for his other linemates. He plays a very heavy and hard game that a lot of players at this age have a hard time matching. He drives the net very hard and tends to get under the opposition’s skin on a regular basis.