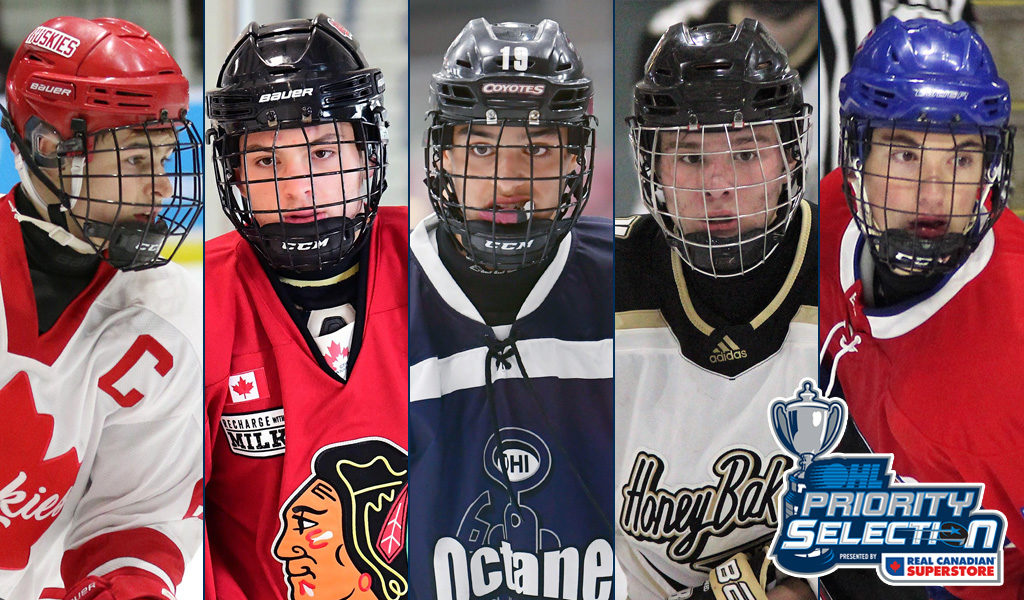 The 2020 OHL Priority Selection presented by Real Canadian Superstore is fast approaching with the big day slated for this coming Saturday. Fans can follow the Priority Selection beginning at 9:00am with the first three rounds streaming live on the OHL’s YouTube channel. Follow along pick-by-pick at ontariohockeyleague.com.

Here’s a look at five top prospects including three forwards and two defencemen eligible for this year’s OHL Priority Selection.

OHL Central Scouting says: Aidan consistently produced for his team this season. He is a very good and powerful skater that has the ability to beat most defenders wide with his speed, and he isn’t afraid to try this against anyone. He has very good skill in and around the net and has scored some very nice goals this season. As the season went on, his game became much more consistent. He was one of the big reasons why his team won the GTHL playoffs and would have been one of the favorites heading into the OHL Cup.

OHL Central Scouting says: Justin was the driving force for his team down the stretch and into the playoffs where he had 12 goals in 15 games, leading his team to the ALLIANCE finals. He plays a heavy and hard game which, combined with his skill, makes him very hard to handle. He understands what his limits are as a player and he drives the net well. He doesn’t take any short cuts and is unafraid to run his opponents over to get to the net. He possesses a good, accurate shot that he isn’t afraid to put on the net from anywhere in the offensive zone. His game translates very well to the next level.

OHL Central Scouting says: George was a leader and the most impactful player on his team this season. He has a nice, long, effortless stride that makes him deceiving on open ice. He isn’t afraid to join or lead the rush and can easily get back to field his defensive position as well. He possesses a big heavy shot from the point that he will use from anywhere in the offensive zone. He is physically mature and ready to play at the next level.

OHL Central Scouting says: Alec is an elite level skater that uses his speed to his advantage on every shift.  He is explosive off the mark and has great edge control and excellent mobility. He always has his head up, looking to move the puck up ice. He likes the stretch pass but can also make the simple play as well. He is always looking to follow up his pass, get up ice and be that second wave of offense that is hard to defend against. He is very active all over the ice and is a constant threat when he is on. He is an elite offensive-minded defenseman with big upside.

OHL Central Scouting says: Max may be the most offensively gifted and creative player in this year’s Priority Selection. He is explosive off the mark and has another gear that a lot of players don’t have. He isn’t the biggest player, but he doesn’t let that stop him, as he will battle anyone for a loose puck. His offensive tools and instincts are what really separate him from everyone else; he can make moves in tight areas and isn’t afraid of traffic either. He played a big role in his team’s success as a driving force in every game they played.