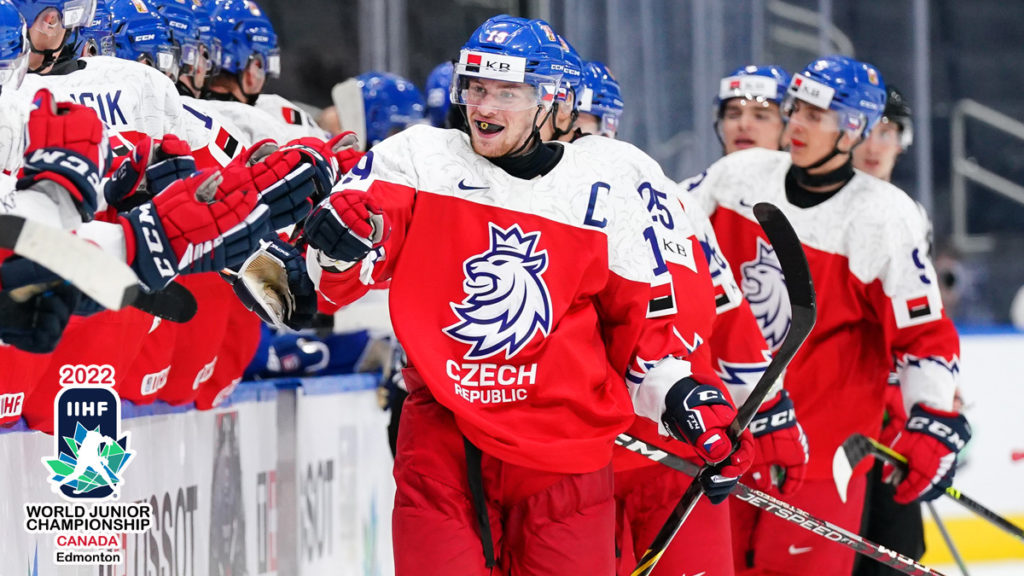 Canada will play its tournament opener on Day 2 of the 2022 World Juniors from Edmonton.

The hosts will face Latvia in the middle game of the day as they begin their quest for a 19th gold medal.

Two European nations will open proceedings on Day 2 as Sweden looks for its first gold medal since 2012.

The Swedes boast just two CHL players but both are first round NHL Draft picks; Fabian Lysell was taken 21st overall in 2021 by Boston while Oskar Olausson was selected by Colorado 28th overall the same year.

Switzerland has seven CHLers on its roster including 2022 Memorial Cup champion Vincent Despont. Five of the teams CHL players play in the QMJHL. The Swiss have medalled just once in World Juniors history; a bronze medal in 1998.

Attention will then turn to Canada as they look to reclaim gold after a 2-0 defeat last year to the USA in the final. Canada is captained by Mason McTavish (HAM) while nine players have been added to the roster who were not initially part of December’s setup. Of Canada’s 23 CHL players, 10 come from the WHL, seven from the OHL and six from the QMJHL.

Tonight will be Latvia’s second game of the tournament. They were beaten 6-1 by Finland Tuesday as they played their first World Juniors game since 2017.

Finally, Germany and Austria will conclude the day’s play. The Germans lost 5-1 to the USA Tuesday while Austria will play in their first game of the tournament. Austria features just one CHLer in Halifax’s Senna Peeters.

With a plethora of talent on the Canadian roster, it’s impossible to pick just one player.

The Flint captain was one of just two OHL players to pass the half century mark in goals last season as he set a new franchise record with 50 goals. His 97 points were also a new team best as he earned a spot on the OHL First All-Star Team.

The tournament’s opening game had CHL hands all over it as Czechia beat Slovakia 5-4.

Czechia captain Jan Mysak (HAM) had one goal and one assist, as did teammate Michal Gut (EVE), while Kelowna’s Gabriel Szturc had the game-winner with 1:50 left in regulation. Martin Rysavy (MJ) and Matyas Sapovaliv (SAG) also scored for Czechia.

Chicoutimi winger Matej Kaslik had two goals for Slovakia while Servac Petrovsky (OS) also found the back of the net.