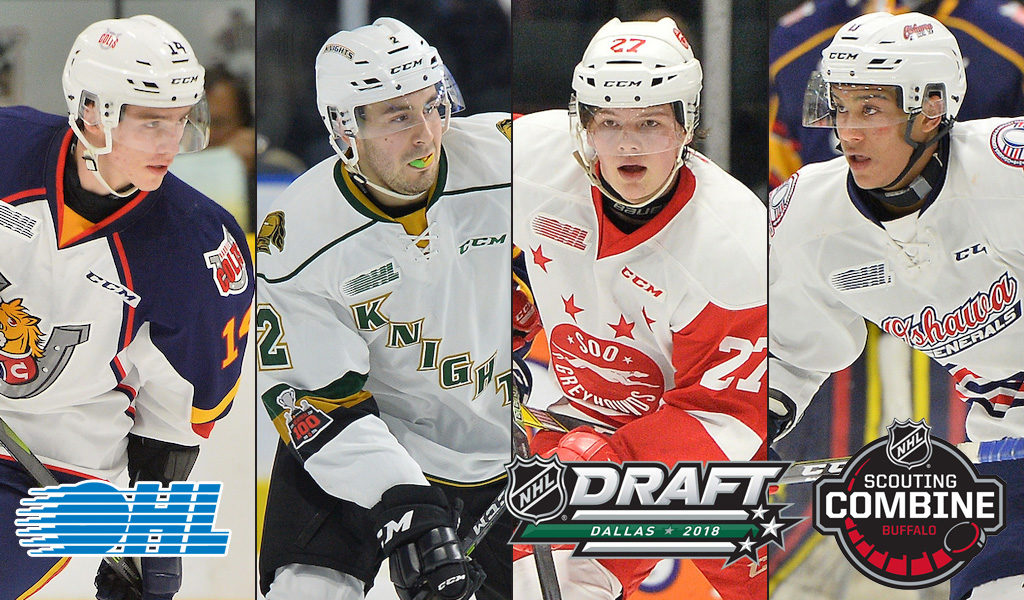 24 OHL players have been invited to the 2018 NHL Scouting Combine that is being held from Sunday May 27th to Saturday June 2nd at First Niagara Center and the nearby HarborCenter in Buffalo, NY.

The list of OHL invitees includes 14 forwards, nine defencemen and one goaltender. OHL talent represents 23% of the 104 players invited to attend the event.

The NHL Scouting Combine provides an opportunity for teams to meet and interview prospects as well as see them physically tested in an off-ice setting.

The 24 OHL players invited are part of a larger list of 50 players from across the Canadian Hockey League to receive invitations.