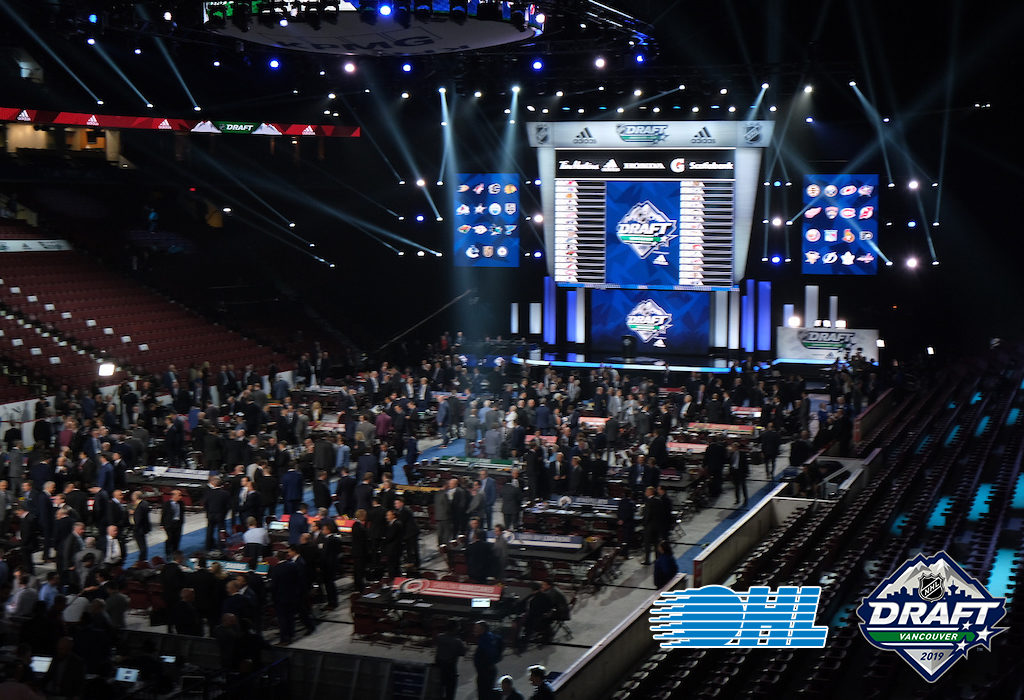 Vancouver, BC – The Ontario Hockey League today announced that 25 OHL players were selected in the seven rounds of the 2019 NHL Draft held this weekend at Rogers Arena representing approximately 12% of all 217 players picked by all 31 NHL clubs.

The 25 OHL players includes four selected in the first round led by Thomas Harley of the Mississauga Steelheads chosen 18th overall by the Dallas Stars. The draft’s second round featured six OHL players bringing the League’s opening two-round total to 10.

15 of the OHL’s 20 member teams developed NHL Draft talent in 2019 led by the Mississauga Steelheads and Saginaw Spirit who each produced three draft selections. The Barrie Colts, Flint Firebirds, Kitchener Rangers, London Knights, Ottawa 67’s and Peterborough Petes each had a pair of players selected. The Knights continued their record streak of players chosen annually since 1969.

17 of the NHL’s 31 teams selected at least one OHL player with the Carolina Hurricanes, Florida Panthers and New Jersey Devils leading the way with three each. The Dallas Stars and Minnesota Wild each picked up two OHL players.

Following the 2019 NHL Draft, a total of 2,379 OHL players have been selected since 1969 representing approximately 20% of all players.

*-committed to Windsor Spitfires for the 2019-20 season, not counted in overall total

For full results from the 2019 NHL Draft visit www.nhl.com.