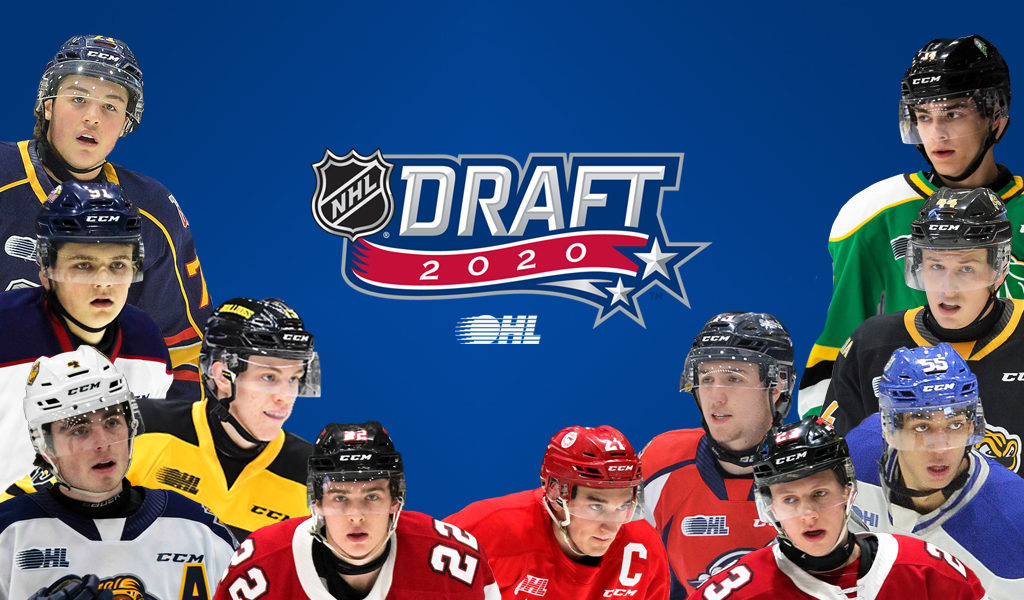 Toronto, Ont. – The Ontario Hockey League today announced that 31 OHL players were selected in the seven rounds of the 2020 NHL Draft held virtually on Oct. 6-7 representing approximately 14% of all 217 players picked by the NHL’s 31 teams.

The 31 OHL players includes seven selected in the first round headed by Quinton Byfield of the Sudbury Wolves, chosen second overall by the Los Angeles Kings. The OHL featured five players selected in the top 10, the most by the League since 2010. Four OHL players were picked in the second round of the draft, bringing the League’s opening two-round total to 11.

By position, a total of 22 OHL forwards were selected, as well as seven defencemen and two goaltenders. Among the OHL’s drafted players, 22 are selections born in 2002 and six are late 2001-born picks. Three 2000-born players were selected in Guelph’s Nico Daws (3rd round, New Jersey), Erie’s Chad Yetman (6th round, Chicago Blackhawks) and Saginaw’s Ilya Solovyov (7th round, Calgary Flames).

17 of the OHL’s 20 member clubs developed NHL Draft talent in 2020 led by the Soo Greyhounds who produced four picks. The Ottawa 67’s and Sudbury Wolves both produced three selections, while the Barrie Colts, Erie Otters, Kingston Frontenacs, Kitchener Rangers, London Knights, Saginaw Spirit and Windsor Spitfires all had a pair of players selected. The Knights maintained their record streak of players chosen annually since 1969.

A total of 17 OHL players selected were invited to compete in the 2020 Kubota CHL/NHL Top Prospects Game in Hamilton, Ont.

Following the 2020 NHL Draft, a total of 2,410 OHL players have been selected since 1969, representing approximately 20% of all players chosen.

Click on player name below to watch pick announcement and media availability. More player interviews with be uploaded to ontariohockeyleague.com as they become available.

For more information on the 2020 NHL Draft including full results visit nhl.com.