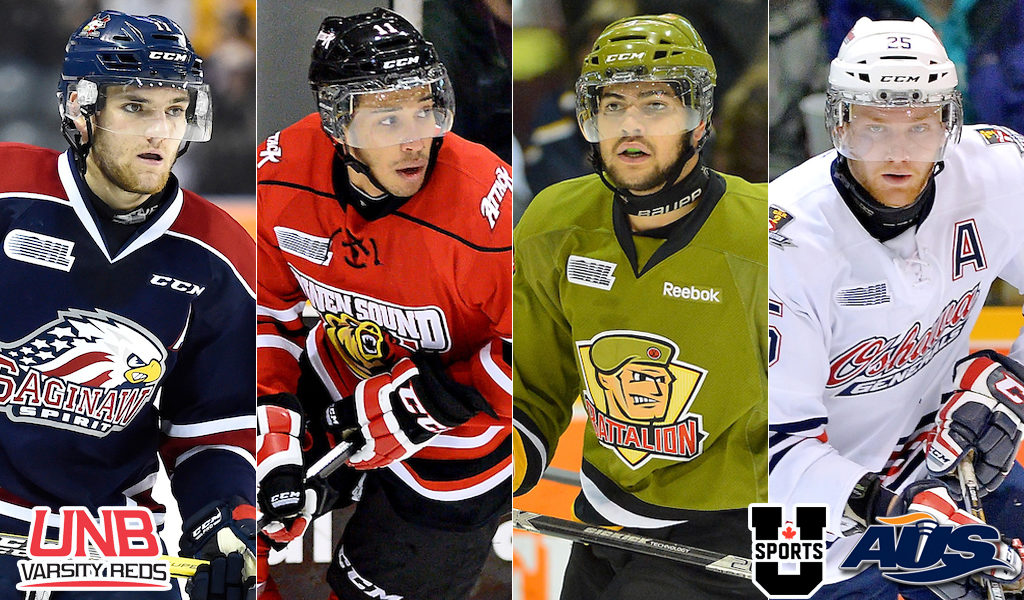 Four OHL graduates are 2018 AUS Men’s Hockey Champions with the UNB Varsity Reds following a 5-0 shutout of the StFX X-Men on Wednesday night at the Charles V. Keating Centre in Antigonish, NS.

The AUS conference banner marks the first since 2015 and 15th in team history for the Varsity Reds as the X-Men have won in each of the past two years.

UNB played to a first place 24-2-4 record during the regular season, surrendering a league-low 68 goals over 30 games.

Both UNB and StFX will advance to the U SPORTS University Cup slated for March 14-18 in Fredericton, NB as the defending national champion Varsity Reds are prepped to host the eight-team tournament.