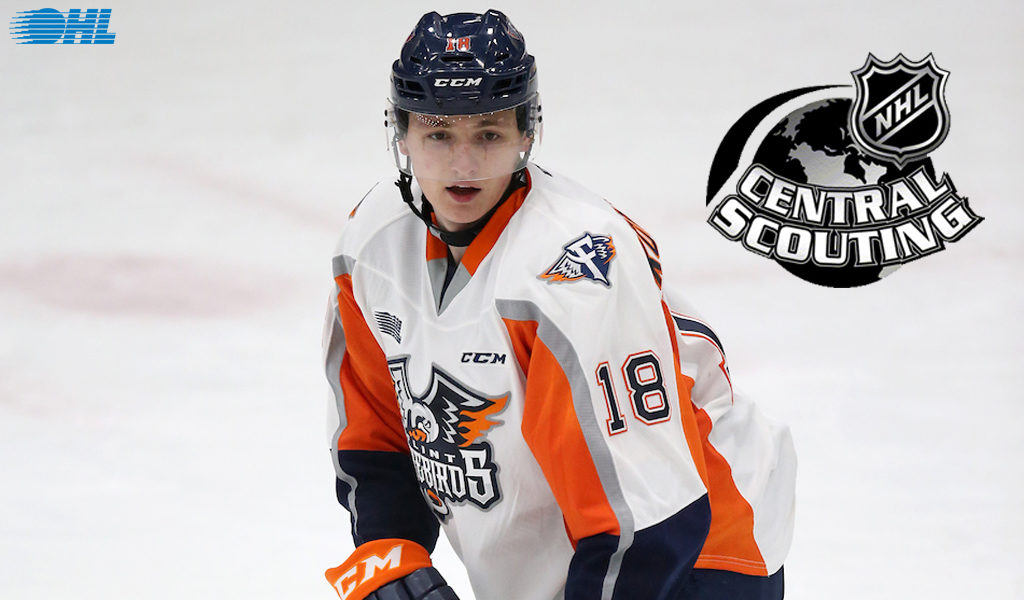 47 players from the Ontario Hockey League have been listed among NHL Central Scouting’s November ‘Players to Watch’ list for the 2019 NHL Draft which takes place June 21-22 in Vancouver, BC.

Three OHL skaters were assigned an ‘A’ rating by NHL Central Scouting which identifies first round candidates including forwards Arthur Kaliyev of the Hamilton Bulldogs and Ryan Suzuki of the Barrie Colts.  Defenceman Vladislav Kolyachonok of the Flint Firebirds also finds himself in this group rising up from a ‘B’ rating in October.

Leading the way with representation on the list are the Guelph Storm, London Knights, Ottawa 67’s, and Sault Ste. Marie Greyhounds each with four players.  The Barrie Colts, Flint Firebirds, Mississauga Steelheads, Oshawa Generals, and Peterborough Petes follow with three players each.

35 OHL players were selected in the 2018 NHL Draft including seven players chosen in the first round.