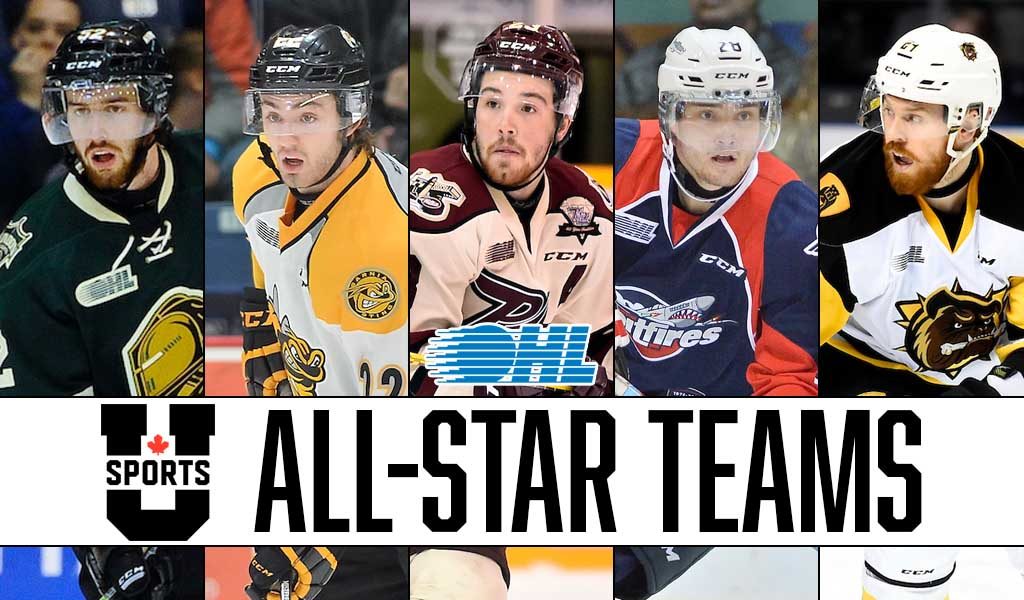 The Ontario Hockey League is proud to announce that five alumni have been named to 2018-19 U SPORTS Men’s Hockey All-Canadian and All-Rookie Teams.

The 2018-19 U SPORTS national award winners were announced ahead of the University Cup, which began March 14 at the University of Lethbridge. This year, 54 OHL alumni are represented on the eight teams competing, accounting for nearly 80% of participants.