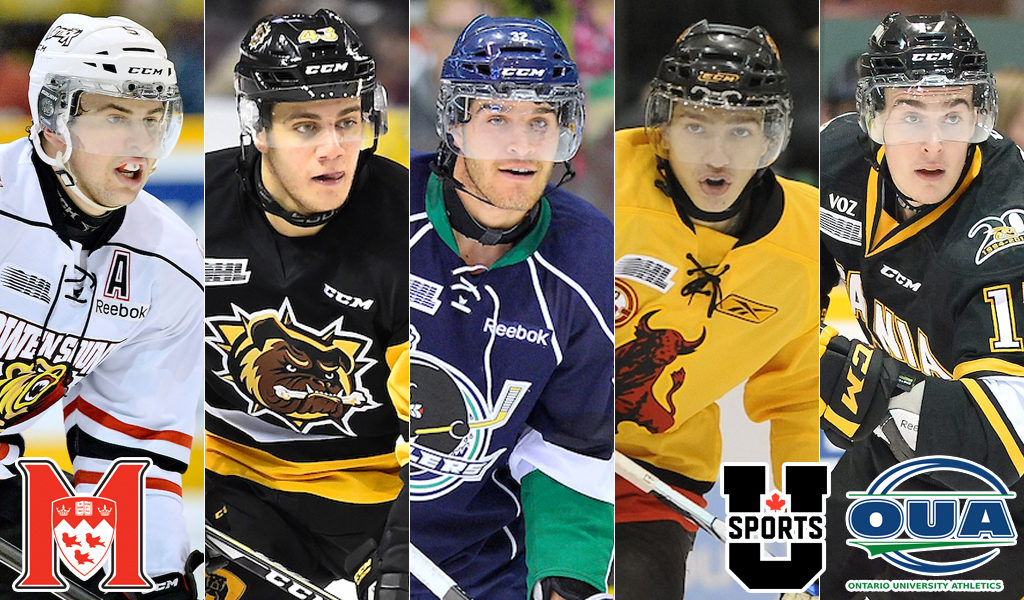 Five OHL graduates are 2018 OUA Queen’s Cup Champions with the McGill Redmen following a 5-1 win over the Brock Badgers in a  one-game championship matchup on Saturday in St. Catharines.

Samuel Tremblay (Gatineau Olympiques) scored a pair of goals while OHL grad Jan Kaminsky (Belleville Bulls) picked up an assist in the win as the Redmen outshot the Badgers 32-25 and went 3-for-8 on the power play.

McGill played to a first place record of 24-2-2 during the regular season and hoists the Queen’s Cup for the 18th time in the event’s 107-year history.

Veteran defenceman Nathan Chiarlitti (Owen Sound Attack), who had 16 points (3-13–16) in 28 regular season games for the Redmen, was nominated as the OUA East Division’s frontrunner for the Dr. Randy Gregg Award. Chiarlitti, who is in his second year at McGill after three seasons with the StFX X-Men, was the 2016 recipient of the award that rewards players who exhibit excellence on the ice, in the classroom and in the community.