5 OHL graduates ready to compete for U SPORTS All-Stars 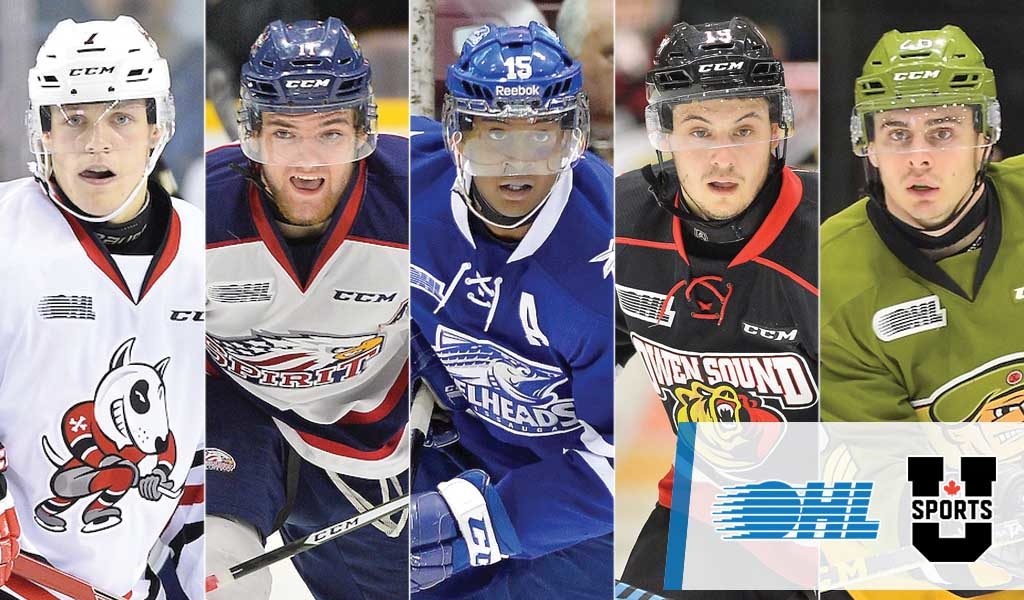 For a fifth straight year, U SPORTS will bring its best to face-off against Canadian National Junior Team hopefuls.

U SPORTS unveiled its roster for the fast approaching National Junior Team Selection Camp on Tuesday, with five OHL graduates included on the All-Star squad.

Among the familiar names suiting up for U SPORTS, converted defenceman Josh Burnside skated with the Mississauga Steelheads from 2011-16 and now attends Carleton University. Former Danish National Junior Team representative Mikkel Aagaard, who now competes at the University of Guelph, split two seasons between Niagara and Sudbury from 2014-16. A former Mississauga Steelheads and Owen Sound Attack forward from 2013-16, Bryson Cianfrone now attends StFX. Former U SPORTS Rookie of the Year Kris Bennett is part of a powerhouse UNB program and played three full seasons with the Saginaw Spirit from 2014-17. Mathew Santos of Ryerson University rounds out the group. He played four seasons with the Brampton and North Bay Battalion from 2012-16.

A total of 12 OHL players will be competing for a spot on Canada’s National Junior Team at the annual camp that will take place from Dec. 9-12 at the Sixteen Mile Sports Complex in Oakville, Ont. World Junior hopefuls will take on the U SPORTS All-Stars in a pair of games slated for Dec. 11 at 5:00pm and Dec. 12 at 2:00pm. Tickets are available at HockeyCanada.ca/Tickets, starting at $15 plus fees.

Hockey Canada’s National Junior Team has faced various U SPORTS competition on a regular basis since 1988. Since a U SPORTS national all-star team began participating in December 2015, U SPORTS holds a 5-3-1 record.