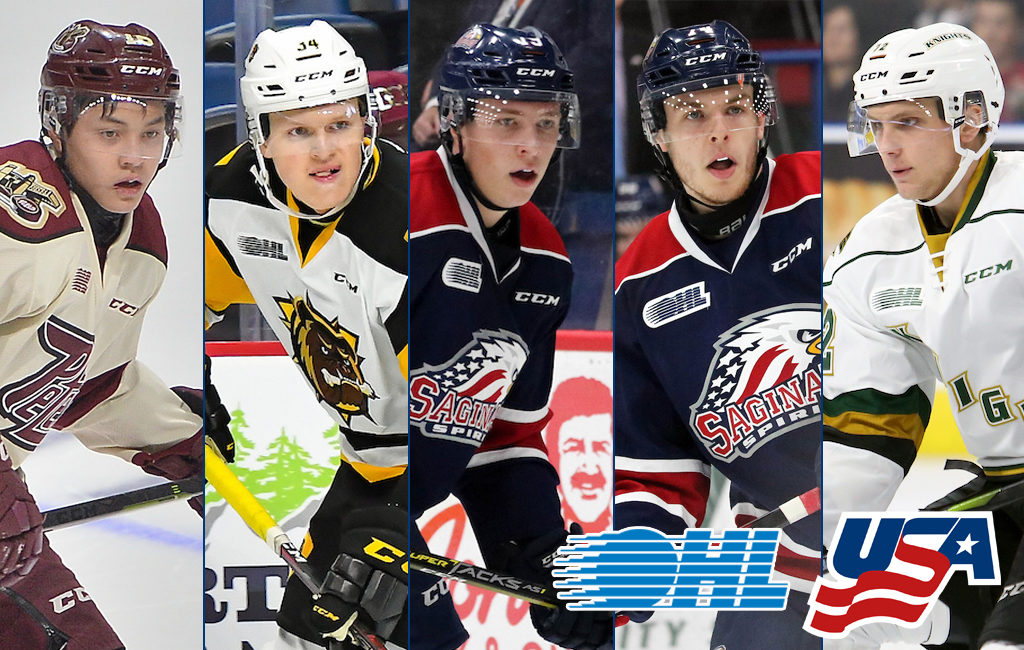 Toronto, ON – Five OHL players have been selected to represent the United States at the 2019 World Junior Summer Showcase slated for July 26th to August 3rd in Plymouth, Mich.

The five OHL players are part of a group of 44 auditioning for a spot on the U.S. National Junior Team that will compete in the 2020 IIHF World Junior Hockey Championship set for December 26th through January 5th, 2020 in Ostrava and Trinec, Czech Republic.

The OHL players attending include a trio of NHL prospects in Saginaw Spirit teammates Bode Wilde and Blade Jenkins, both selected by the New York Islanders last summer. London Knights defenceman Alec Regula was a third round pick of the Detroit Red Wings in 2018.

The week-long camp will include 11 international competitions between Canada, Finland, Sweden and the United States.

OHL graduate John Vanbiesbrouck (Soo Greyhounds) is the general manager of the 2020 U.S. National Junior Team, a squad that will be coached by Scott Sandelin (Hibbing, Minn.).