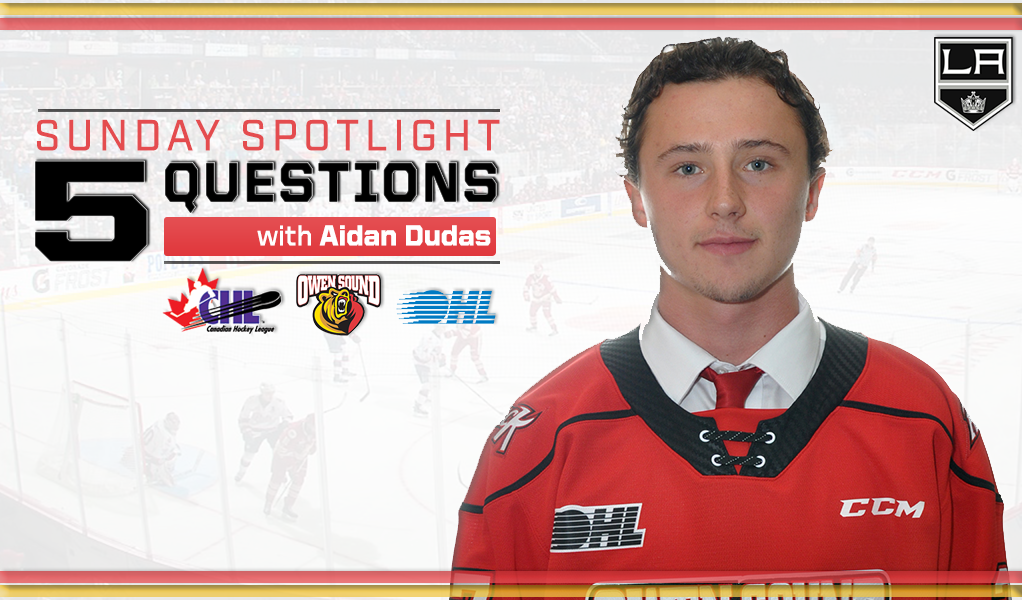 Aidan Dudas is a born leader.

Named captain of the Owen Sound Attack earlier this season, Dudas is also sporting the ‘C’ for Team OHL as part of the 2019 CIBC Canada Russia Series. Typically seen as an opportunity to audition for Team Canada at the upcoming world juniors, Dudas returns to the national spotlight after most recently skating with the Great White North as part of the 2018 IIHF U18 World Championship. He was also a part of the Canadian rendition that captured gold at the 2017 Ivan Hlinka Memorial Tournament.

Back with the Attack for his fourth season, the Los Angeles Kings prospect has had a strong start to 2019-20, already with 23 points counting eight goals and 15 assists through 16 appearances. The budding up-and-comer chatted with the CHL prior to Game 4 against Team Russia.

What does it mean to be captain of Team OHL?

“It means a lot. The first game went well. I’m very excited for the second game and I know the guys in the room are very excited too.”

How did it feel to get a win against the Russians on Thursday?

“It felt great. I thought we played really well as a team and I’m really looking forward to game two.”

What’s it like competing with the best players from across the OHL?

What does representing Canada mean to you?

“It’s a a huge honour. I’ve represented Canada a couple times now and it’s always a huge honour to play for Canada and play for your country. This is a stepping stone to the World Juniors so it’s a big game and I’m looking forward to it.”

“I think in 2009 when (Jordan) Eberle tied it up (against Russia) with a couple seconds left to send it to overtime and Canada ended up getting the win was my favourite memory.”