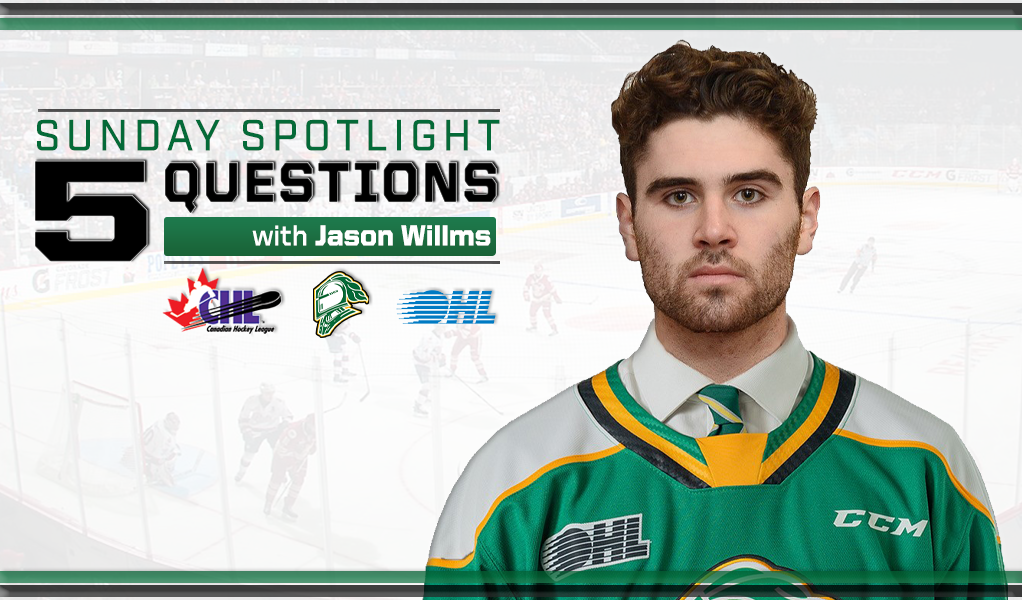 Ask any Canadian Hockey League player about their personal goals and it won’t take long before staying healthy and contributing to their team’s success are among the answers.

Mission accomplished for Jason Willms following a four-year career in the Ontario Hockey League where the 21-year-old from Kitchener, Ont., never missed a single game during his time with the Barrie Colts and London Knights and graduates as the league’s best face-off man.

Willms joined the Colts a year after being the chosen in the third round of the 2015 OHL Priority Selection, helped the team win a Central Division title as a sophomore in 2018, was named captain in 2019, then joined the Midwest Division winning Knights in 2020. During that time he played an impressive 264 straight games accumulating 181 points and winning 2,849 draws, including an overage campaign where his 865 face-off wins were an OHL high.

Like all players, Willms’ season came to an abrupt end offering plenty of time for career reflection over the past few weeks. He was kind enough to share some of his thoughts with the CHL.

How have you stayed busy and active at home since the season ended?

I’ve been playing a lot of video games with some former teammates and buddies from back home, and for the most part staying inside and practicing my social distancing. Luckily I’ve got a barbell and some weights down in the basement that I’ve been doing some lifting, basically everyday with my brother, and going on runs too just to try to make sure I’m staying in the best shape possible.

What do you think about as you reflect on your OHL career?

Definitely the friendships and memories that I was able to make over the last couple of years. I was lucky enough to have many great former teammates with my time in Barrie and London. Whether it was on the ice or off the ice I have many memories that I’ll never forget and many friends now that I’ll be friends with for the rest of my life.

What can you say about never missing a game in four seasons between Barrie and London?

It’s pretty crazy. I mean at the start of my junior career I never really thought that I’d be able to play in every single game just with being scratched, or injuries, or even suspension. But I was pretty lucky with the training staff that I had in Barrie and in London. They did an excellent job of making sure that not just myself but every guy was prepared for every game whether you have a little tweak, or your back is bothering you, or whatever it may be. I was lucky over the years that I was never injured and its pretty crazy looking back to play in that many in a row.

Can you describe one of your most memorable moments in the league?

Definitely lots of memorable moments over my OHL career. For sure scoring the first goal is what comes to mind right away. Going on that playoff run my second year when we had many great players up front with (Andrei) Svechnikov, (Dmitry) Sokolov, and (Aaron) Luchuk, we were a very strong team. Most recently playing against my former team, about 24 hours after being traded to London, and the next day having to play Barrie which was a little bit of a weird game, but it was definitely a memorable moment.

What are your goals for the summer and next season?

Obviously for the summer just getting bigger, stronger, and faster as a player to maybe obtain a pro contract. But if not, the OHL offers an excellent scholarship opportunity to all of their players, and it’s always been a goal of mine to obtain a degree if that’s the route that I pursue. Definitely excited for next year and what’s to come.