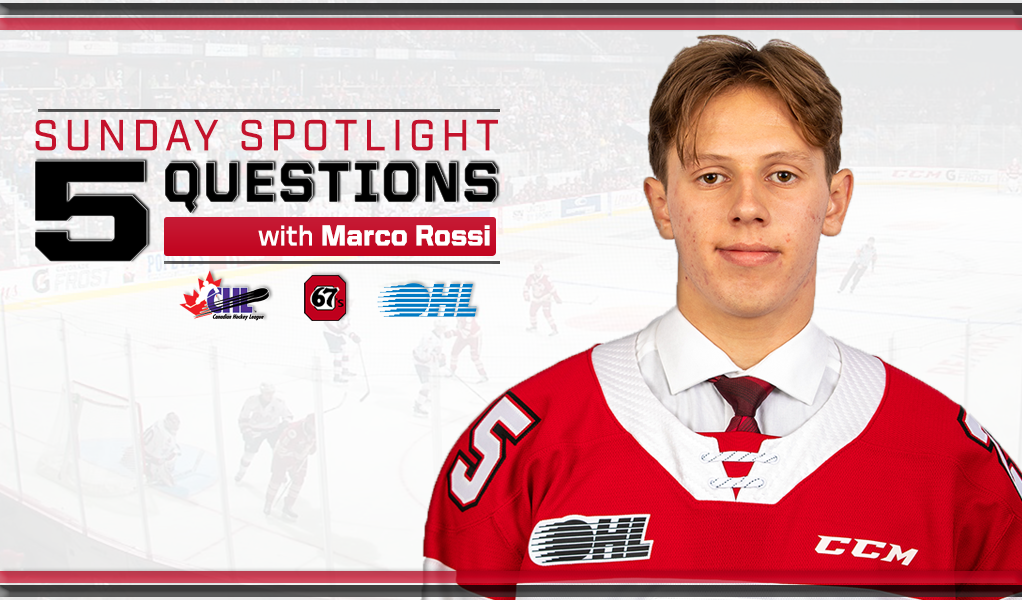 Ever since joining the Canadian Hockey League last season as the 18th overall pick in the 2018 Import Draft, Austrian forward Marco Rossi has been one to watch for the Ottawa 67’s.

He quickly developed into one of the league’s elite offensive playmakers and not only leads the Ontario Hockey League in scoring but has solidified himself as a top prospect for the 2020 NHL Draft.

Rossi’s 74 points in 34 games includes 48 assists which trails only Alexis Lafreniere across the entire CHL.  His play included an 18-game point-streak which helped the 67’s win 17 straight and climb to the top of the OHL standings and into first in the Kia CHL Top 10 Rankings.

Here’s what Rossi had to say about that and more:

What’s been the key to the Ottawa 67’s success this season?

We have a lot of players back from last year so we have a lot of experience for this year. And for the new guys, we talk to them a lot and they’ve been really good this year too.

How have you been able to raise your game during your second OHL season?

I think in the first year it was a lot to be in North America and I didn’t really know what to expect, and now in my second year I know exactly what to expect which has helped me a lot.

What would you say is your greatest strength as a player?

I’m a playmaker and I love to compete hard.

Which NHL player do you enjoy watching the most and why?

Since I was a little kid I always watched Pavel Datsyuk highlights, so I would say him

How does it feel to be selected to play in the Top Prospects Game and how much are you looking forward to the opportunity?

I think it will be a really nice experience. You don’t get this every day, it’s once in your life. It’s nice to see all of the other players from all over Canada in the game and to meet them of course too.