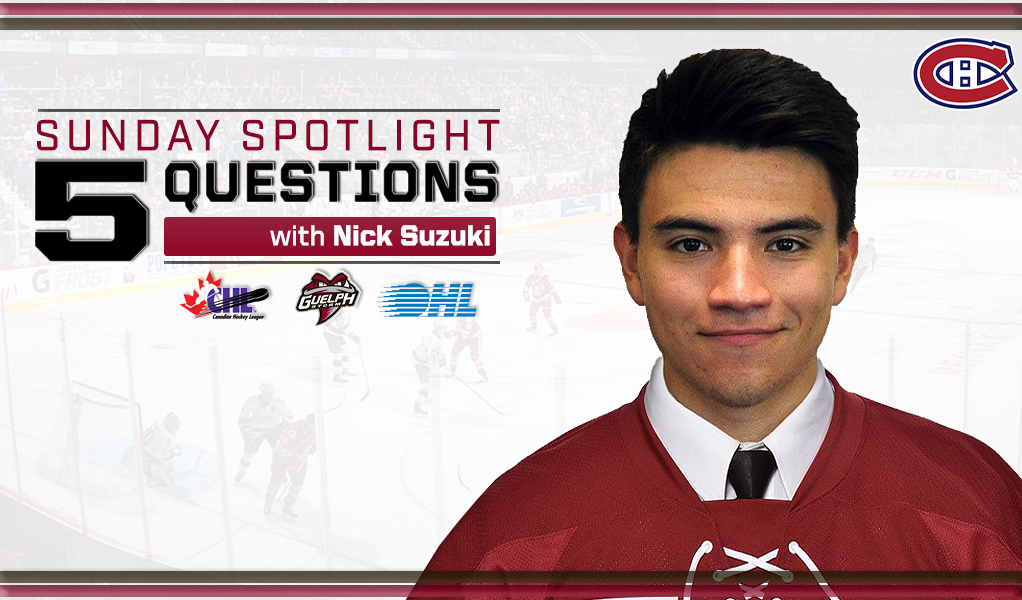 It didn’t take long for fans of the Montreal Canadiens to learn what those who follow the Canadian Hockey League had known for years.

Nick Suzuki is a star.

Acquired by the club through a trade in September, 2018, the 13th overall pick by the Vegas Golden Knights in the 2017 NHL Draft finished sixth in NHL rookie scoring with 41 points in 71 games.

It all started just months removed from a four-year major junior career that included three straight Ontario Hockey League Most Sportsmanlike Player of the Year awards along with 328 points in 251 games played mostly as a member of the Owen Sound Attack before joining the Guelph Storm where he won a championship and added Playoff MVP to his resume.

Not only did Suzuki’s 42 points in 24 post-season games last spring prove he was ready for the next level, it showed the 20-year-old from London can win, which is something his storied original six franchise will be looking to do for the first time since 1993.

While awaiting the start of training camp and the resumption of play, Suzuki took time to connect with the CHL and reflect on his career, sharing highlights from both levels over the past 12 months.

Where have you been spending your time since the NHL pause and are you excited to get back with your team?

I’ve been back home in London with my parents and my brother. Yeah, I’m excited to get back and see the guys. Hopefully the league and the PA (Players Association) can figure some things out so we can get back as soon as possible and be safe through the whole process.

What’s been the highlight of your NHL rookie season so far?

The highlight for me was probably scoring my first goal, and for it to be at the Bell Centre was truly something I’ll never forget. It was just a special moment.

What helped you make the transition from CHL to NHL so easily?

The transition I think was pretty smooth. Just coming from the OHL, all my coaches had NHL ties and they’ve experienced that lifestyle. Just to get lessons from them and for them to teach me every single day, different things through my time in the OHL, definitely made my transition a lot easier.

What kinds of things do you think about when you reflect on your CHL career?

When I think back to my career in the OHL I definitely think about the players that I got to play with. Coming in at 16 I had a lot of great role models and as I worked my way up, just a lot of special people that I got to play with and got to spend lots of time together. Life friends that you’re always going to have and you can always rely on each other.

What was your favourite memory from the championship run last year in Guelph?

I think my favourite memory was celebrating with all of the Guelph fans after we had won. We had a bunch of people on the ice and just to experience that with them was pretty awesome.