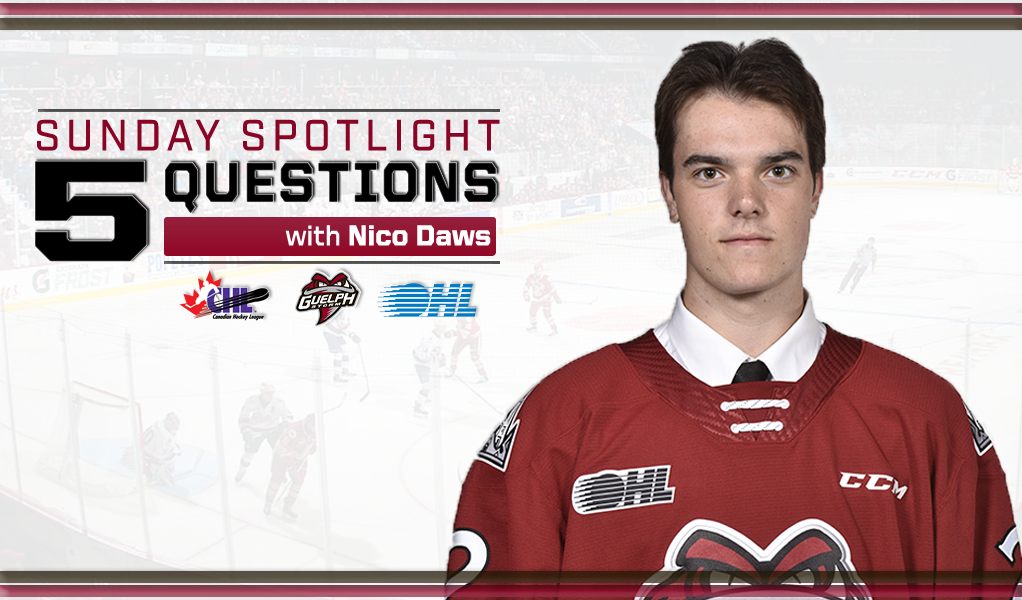 Nico Daws has taken advantage of his opportunity.

Following two seasons holding down the backup duties, the Guelph Storm netminder has stepped into the starter’s role this year with impressive results, owning a 13-3-1-3 showing through 20 appearances alongside a 2.06 goals-against average and .939 save percentage to help the defending J. Ross Robertson Cup champions hold down second place in the Ontario Hockey League’s Western Conference as the season enters its holiday break.

After going undrafted a year ago, the 19-year-old native of Burlington, Ont., has put himself on the radar and earned a spot with Team Canada at the upcoming IIHF World Junior Championship.

As he readies for the national stage, Daws sat down with the Canadian Hockey League to discuss his success this season as well as what it means for the opportunity to represent Canada internationally.

What does it mean to represent Canada at the World Junior Championship?

It’s an honour. It’s something you dream of as a kid and for it to come true is real special.

What’s been the key to your success this season with the Guelph Storm?

We’ve got a real hard working team. Obviously we’re really young and a lot of people counted us out but nobody can tell us how hard to work and they’re making it easy for me.

Have the last 12 months been as big of a whirlwind as it would appear?

It’s been a pretty crazy year. I’m really happy to be here and get all of the opportunities that I’ve had so far and hopefully I can keep going.

I don’t remember any tournament specifically but I do vividly remember waking up early in the morning for those 6 o’clock, 7 o’clock games, and crawling into my parents bedroom and waking them up and turning the TV on. That’s something I’ll never forget.

How have you stayed focused on your NHL goals despite going undrafted?

After the past two years that I’ve had backing up and not really playing as much it’s pretty easy to count yourself out at that point. I made a decision in the summer and I really wanted to push forward and try to make all my dreams come true. Hopefully I can get a couple looks this year and get everything back on track.