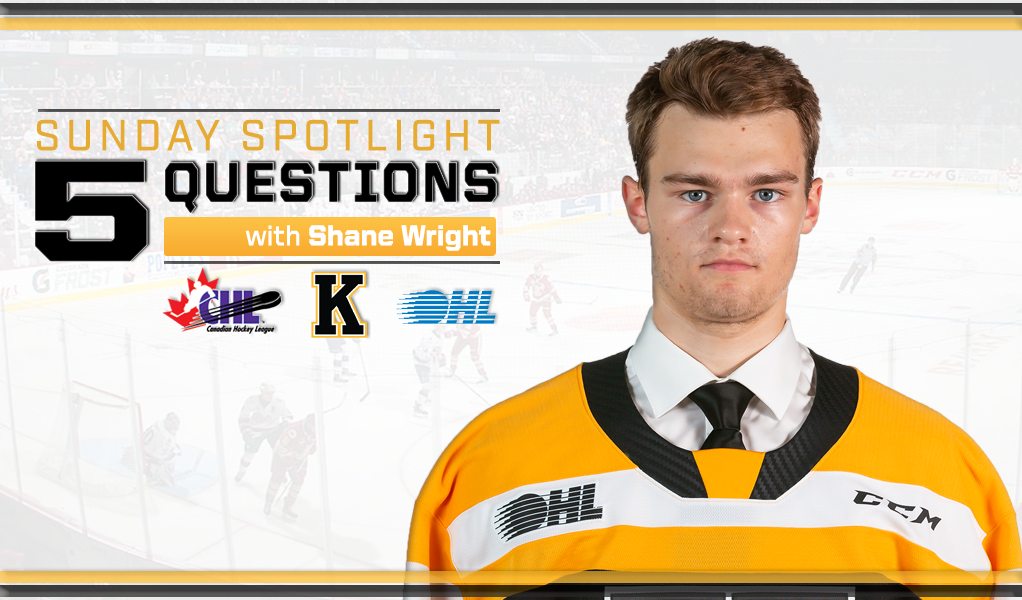 The word ‘exceptional’ will always follow Shane Wright and nearing 50 games of his Canadian Hockey League career it’s an accurate description of the Kingston Frontenacs rookie.

The first overall pick in the 2019 Ontario Hockey League Priority Selection turned 16 in January and despite being the youngest player on the ice he leads all rookies in scoring with 59 points including 33 goals in 49 games. He’s been especially good since the calendar turned to 2020 posting 29 points in 19 games.

Eligible for the NHL Draft in 2022, Wright was also appointed an alternate captain for Frontenacs in December becoming the youngest CHL player to ever be awarded such a distinction.

The league’s latest exceptional talent took some time to answer a few questions for the CHL about his sensational season.

How would you describe your first five months in the Canadian Hockey League?

It’s been fun! The start of the year the team wasn’t doing so well and it took a little bit to get myself going but I feel like as the season’s gone on I feel more confident with my play and my abilities and the team’s been doing better. It’s definitely been up and down but it’s been great so far.

How have you been able to find so much success on the scoresheet as a rookie?

I feel like I’ve just been playing my game. I’m being confident, I’m not trying to overthink things or do something I’m not used to doing, I’m just going out and playing my game and doing what I do best.

Was there a turning point in your season where you felt you took your game to the next level?

I think right after I got back from the U17 World Championship. I had a lot of confidence coming back from that tournament so I feel like I really brought that back to Kingston and that really helped improve my play throughout the season.

What does it mean to be part of a select group of exceptional players to join the CHL at 15?

What does it mean to be given an ‘A’ as a rookie and how have you handled your role as one of the Frontenacs leaders?

Obviously that’s a huge honour, being an assistant captain. I feel like wherever I go, whatever team I’m on, I feel like I always try to bring leadership qualities. That’s the same in Kingston. I’m just trying to encourage my teammates, be a good teammate, be a good role model, and lead by example.