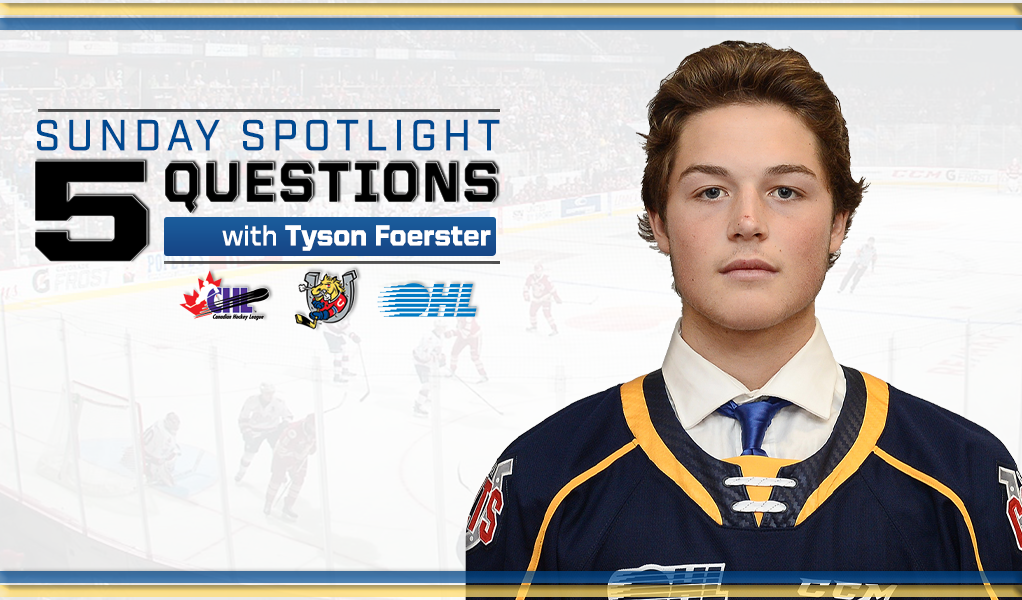 If you didn’t know Tyson Foerster before Thursday, the chances are that the Kubota CHL/NHL Top Prospects Game introduced you to the Barrie Colts rising star.

Ranked 41st by NHL Central Scouting in their Midterm Rankings, Foerster stole the show in Hamilton with a pair of goals and one assist to lead Team White to a 5-3 victory earning Player of the Game honours in the process.

The Alliston, Ontario, native has already set career highs in all offensive categories for the Colts this year with 23 goals and 28 assists for 51 points through 40 games of the 2019-20 campaign.

He just turned 18-years-old on Saturday and spoke with the CHL not only about his birthday, but on his experience in Hamilton and making a great impression among the league’s best.

Here’s what Foerster had to say:

How did it feel to have such a great game on the national stage?

It’s obviously nice to have a big game in front of all of those scouts but it’s only one game and I’m going to have to come out the rest of the season and do the same thing.

What’s been the reaction of your family, friends, and teammates who watched?

They’re just really proud of me. All the boys were watching the game and they were pretty happy, and my friends and family were all there and pretty happy as well.

How much fun did you have in Hamilton coming together with the other top prospects?

It’s obviously nice to make new friends and meet new people. I think we all came together pretty quick and it was really fun for all of the boys.

What do you think is the strongest part of your game?

I think my shot right now. I think there’s a lot of stuff to improve on but I think my quick release right now is my strongest suit.

How are you celebrating your 18th birthday and what’s the best gift you’ve ever received?

I’m just going out for dinner with my family right now to The Keg and the best gift I ever received, when I was younger, was a 1S stick.