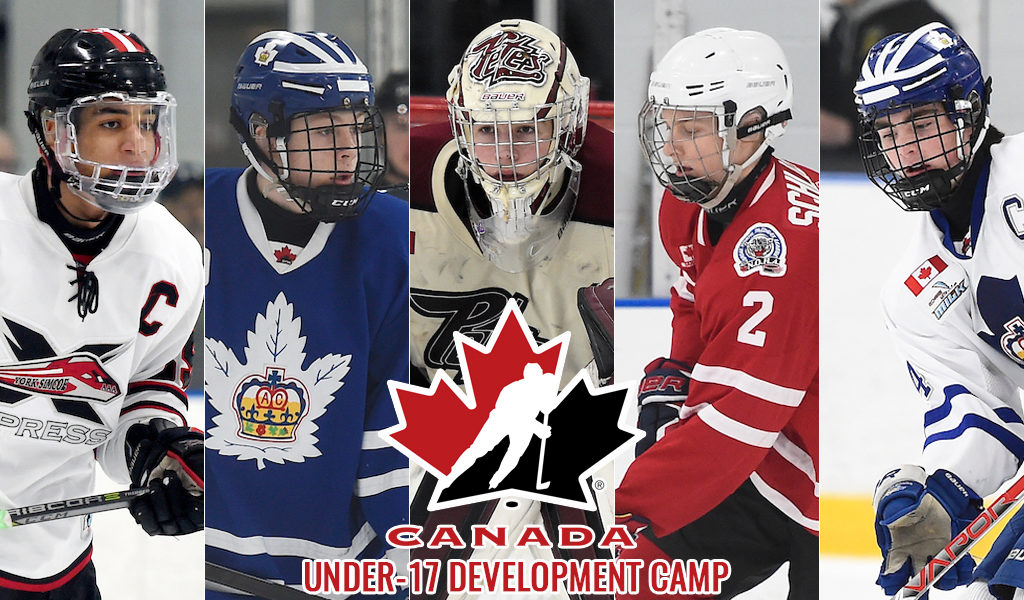 For the duration of the week-long camp, the players – 12 goaltenders, 36 defencemen, and 63 forwards – will be split into six teams for on- and off-ice training, fitness testing, practices, intrasquad games, and classroom sessions.

“The national under-17 development camp provides a unique opportunity for players to learn about what it takes to be part of Team Canada alongside the best young talent in the country,” said Shawn Bullock, Hockey Canada’s senior manager of hockey operations and men’s national teams. “The players are here with the ultimate goal of wearing the Team Canada jersey in international competition, and we are supporting them in that goal by providing the on- and off-ice experiences they need to develop and grow as high-performance athletes.”

Following the development camp, players will continue to be evaluated through the early season before 66 are named to one of three Canadian national teams – Team Canada Black, Team Canada Red, and Team Canada White – who will compete at the 2018 World Under-17 Hockey Challenge scheduled for Nov. 3-10 in Saint John and Quispamsis, N.B.

Media accreditation for the Team Canada Summer Showcase taking place at WinSport’s Markin MacPhail Centre that includes Canada’s national under-17 development camp can be requested online. The full camp schedule will be available at a later date at HockeyCanada.ca.