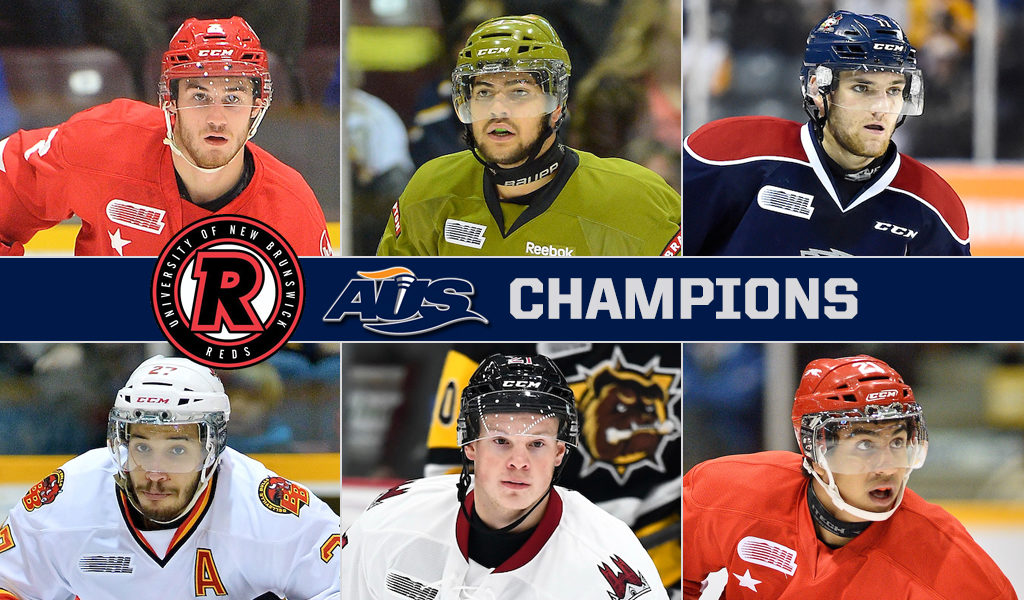 The Reds took both games of the best-of-three series, including Thursday’s 7-1 win in which forward Tyler Boland, who suited up for the Quebec Major Junior Hockey League’s Rimouski Oceanic from 2013 to 2017, led the way with a hat-trick, counting the eventual game winner that was notched with just over two minutes remaining in the opening frame.

The win marked the Reds’ third time claiming the AUS championship in the past five years, and sixth in the last nine seasons. It was also the fifth year running in which the Reds and X-Men competed in the final round. St. Francis Xavier won it all in back-to-back years in 2016 and 2017.

Both squads now move on to represent AUS at the 2019 University Cup. This year’s tournament will be hosted by the University of Lethbridge and begins March 15.

For more coverage of the 2019 AUS Championship visit atlanticuniversitysport.com.