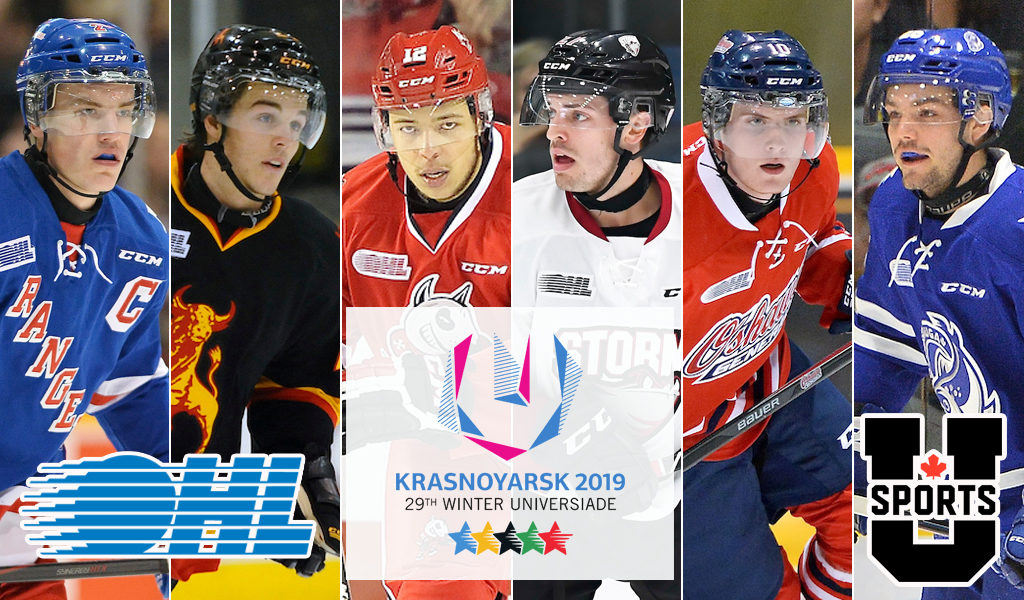 U SPORTS has announced the Team Canada roster set to compete at the 2019 FISU Winter Universiade.

This year’s tournament will take place in Krasnoyarsk, Russia from March 2 to 12, with Team Canada’s first game coming on the opening day against Great Britain. The Team Canada roster is composed entirely of U SPORTS student-athletes, some of who previously competed nationally with Hockey Canada in December’s world junior camp.

Twelve teams will compete in the men’s tournament, including Group A consisting of Canada, Great Britain, Latvia, Sweden, Switzerland, and Kazakhstan, plus Group B made up of Hungary, Czech Republic, Japan, Slovakia, Russia, and the United States.

“Our team is assembled with student-athletes and coaches from coast to coast. This is a once in a lifetime opportunity and I’m confident all participants will make Canada proud,” said head coach Kevin Hamlin, who suited up for four CHL clubs during his four-year junior career from 1978-82.

The Team Canada lineup consists of six graduates from the OHL:

Team Canada finished with a bronze medal at the 2017 FISU Winter Universiade, and has made it to the podium in 20 of 21 occasions, counting seven gold-medal finishes, since the men’s squad debuted in the tournament in 1968 and the women’s in 2009.