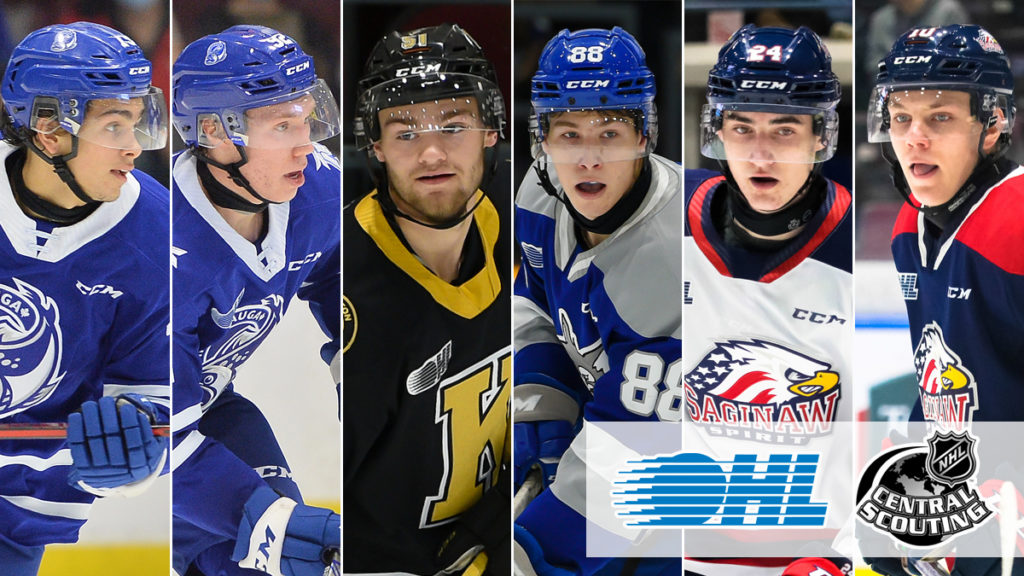 Toronto, Ont. – The Ontario Hockey League is proud to announce that 63 OHL players have been included on NHL Central Scouting’s Final Rankings for the 2022 NHL Draft to be held July 7-8 at the Bell Centre in Montreal, QC.

A total of eight OHL skaters are ranked inside the first round led by Kingston Frontenacs standout Shane Wright who continues to top the list.

“Shane Wright is the complete package as an NHL prospect. He is a strong stride skater who possesses deceptive speed and quickness to beat defenders, evade checking, or lead a rush,” said Dan Marr, Director of NHL Central Scouting. “He has elite hockey sense with his vision, anticipation, and composure to execute quickly on plays and has proven that he can carry the load and lead the way when it’s needed in game situations.”

ICYMI: 6⃣3⃣ #OHL players were included in @NHLCentralScout‘s Final Rankings for the 2022 #NHLDraft.

The Saginaw Spirit feature the League’s highest-ranked goaltender in 18-year-old Andrew Oke, who comes in at ninth in North America.

Nineteen of the OHL’s 20 member teams feature at least one player included on the list, with the Guelph Storm, London Knights and Mississauga Steelheads leading the way with six each. The Niagara IceDogs and North Bay Battalion trail close behind with five players on the list.