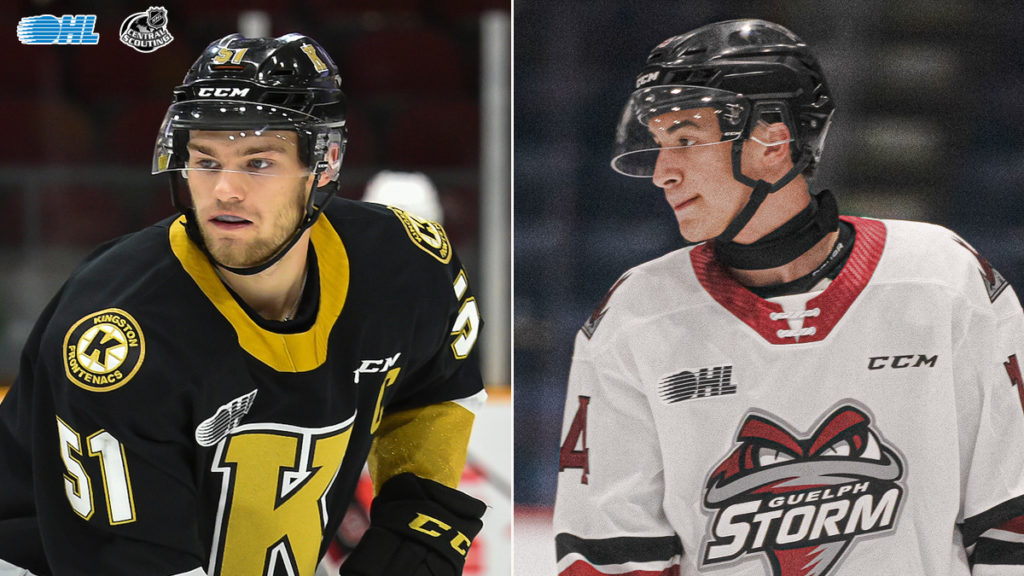 Toronto, Ont. – The Ontario Hockey League is proud to announce that 66 OHL players have been included on NHL Central Scouting’s October ‘Players to Watch’ List for the 2022 NHL Draft scheduled to take place July 7-8 in Montreal, Quebec.

Forwards Shane Wright of the Kingston Frontenacs and Matthew Poitras of the Guelph Storm each received ‘A’ ratings indicating a potential first round selection.

The OHL’s Rookie of the Year in 2019-20, Wright has recorded six points (2-4–6) through his first five games of the 2021-22 season. The 17-year-old Frontenacs captain played a key role in Canada’s gold medal at the 2021 IIHF World Under-18 Hockey Championship in Frisco, Texas this past May.

Poitras was the 12th overall pick of the 2020 OHL Priority Selection from the Whitby Wildcats U16 program. The 17-year-old centreman has four points (3-1–4) through his first four OHL contests.

All 20 OHL member teams were represented on the list led by the London Knights with eight players included. The Guelph Storm and Sudbury Wolves trailed with six players respectively while the Niagara IceDogs and North Bay Battalion each had five.

Players have been identified using the following criteria: