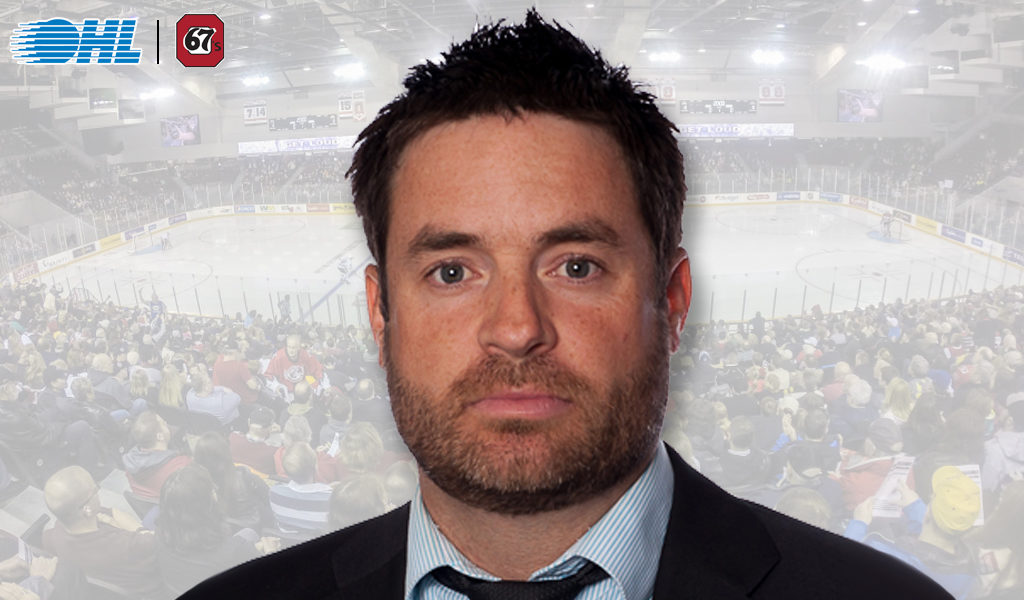 Ottawa, ON – The Ottawa 67’s have added to their coaching staff, announcing the hiring of new assistant coach Martin Dagenais.

Dagenais has served as the head coach and general manager of the CCHL’s Ottawa Jr. Senators since 2014; guiding them to four straight CCHL Finals appearances, winning two Bogart Cups, two Fred Page Cups, and appearing in two RBC Cup semi-finals during that span. Internationally, Dagenais coached Team Canada East to a silver medal at the 2019 World Junior A Challenge, and was set to helm the team again in 2020, before the COVID-19 pandemic necessitated the tournament’s cancellation.

“Martin has proven himself in the capital region coaching in the CCHL, where he did an outstanding job of both player development and building team chemistry within his teams,” said 67’s general manager James Boyd, “We are proud to welcome Martin and his family to the 67’s, and excited to begin the process of helping our players reach their full potential.”

A native of Marionville, Ontario, Dagenais received an Ottawa Sports Award in 2019 as the Male Coach of the Year, with his Jr. Senators charges earning Male Team of the Year honours. He is also no stranger to the CHL, having served as an assistant coach with the QMJHL’s Gatineau Olympiques in 2020.

“I’m excited to have the chance to not only work in the OHL, but to do it in my hometown. I want to thank James Boyd and Dave Cameron for giving me this opportunity,” Dagenais said, “The Ottawa 67’s have a long-standing tradition of excellence in this city, and I want to do my part to help the team win the Robertson Cup for a fourth time in team history.”

Off the ice, Dagenais was a teacher for over 16 years, and also coached basketball at Louis-Riel Public High School, before pivoting to hockey full time. An avid baseball player, he currently resides in Casselman, Ontario with his girlfriend, Geneviève, and children, Léa and Olivier.

Dagenais’ brother, Patrice, is co-captain of the Canadian Wheelchair Rugby Team, currently competing at the Paralympic Games in Tokyo, Japan.