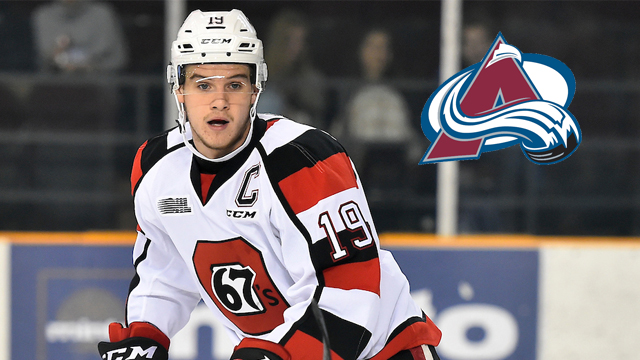 Barron, 19, concluded his fourth season with the Ontario Hockey League’s Ottawa 67’s and his second season as the club’s captain. The 6-foot-1, 201-pound center finished the 2017-18 campaign with a career-high 57 points (21g, 36a) in 67 games, ranking third on the team in assists and points.

Excited and proud to have signed my first NHL contract with the @Avalanche thank you to family and teammates for all the support!

The Belfountain, Ont., native has collected four points (1g, 3a) through the first four contests of Ottawa’s first-round playoff series against the Hamilton Bulldogs. He has totaled 149 points (59g, 90a) in 250 career OHL contests, including 13 points (5g, 8a) in 19 postseason outings.

Barron was selected by the Avalanche in the seventh round (191st overall) of the 2016 NHL Draft.