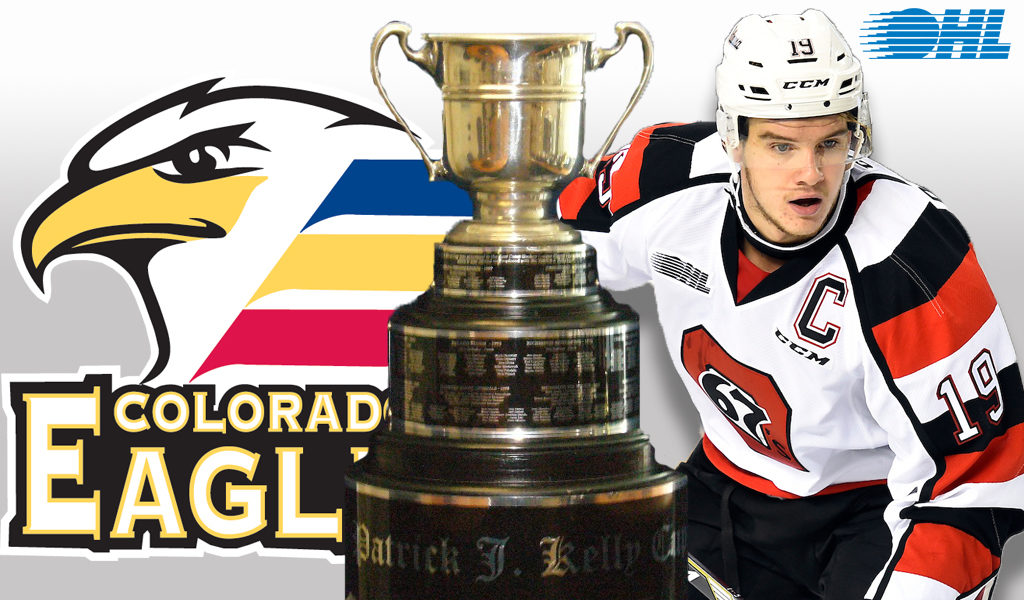 After spending the 2017-18 season in the Ontario Hockey League, Ottawa 67’s captain Travis Barron made the jump to the ECHL’s Colorado Eagles and hoisted the Kelly Cup as a league champion on Saturday in Estero, Florida.

Barron scored the third period game-tying goal as the Eagles captured their second consecutive ECHL title, defeating the Florida Everblades by a score of 3-2 in Game 7 of the ECHL Championship Series.

It marks just the fifth time in the league’s 30-year history that the Championship Series has gone seven games as Colorado becomes the fourth team to win back-to-back titles.

A seventh round pick of the Colorado Avalanche in 2016, Barron joined the ECHL affiliate Eagles for their playoff run and recorded two goals, five assists and seven points over 20 games.

Barron signed a three-year, entry level NHL contract with the Avalanche in March.

For more coverage of the 2018 ECHL Playoffs, visit echl.com.