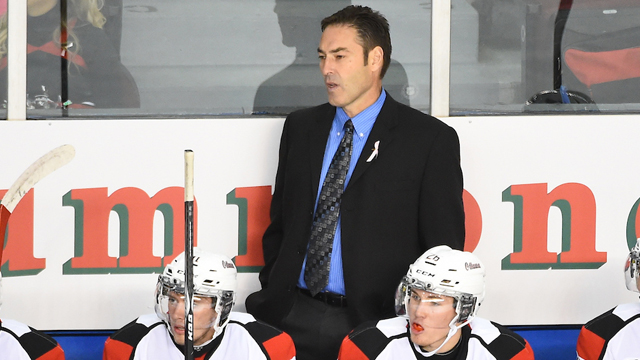 Brown, whose 67’s officially clinched a spot in the 2017 OHL Playoffs on Friday, is wrapping up his third full season behind the bench in the nation’s capital. He holds an overall record of 100-87-16 over 203 regular season games and has overseen the development of such names as Travis Konecny, Dante Salituro and current standouts Artur Tyanulin, Travis Barron and Sasha Chmelevski in Ottawa.

A former 2nd overall pick in the 1982 OHL Priority Selection, Brown played four seasons with the Sudbury Wolves from 1982-86, winning the Max Kaminsky Trophy as the OHL Defenceman of the Year in his final season. He remains second on the Wolves all-time franchise list for career points by a defenceman with 237. Brown went on to play parts of 13 NHL seasons, reaching the Stanley Cup Final as a member of the Vancouver Canucks in 1994.

The 67’s complete their regular season schedule on Sunday at home to the Hamilton Bulldogs before embarking on the OHL Playoffs for the third straight year with Brown behind the bench.