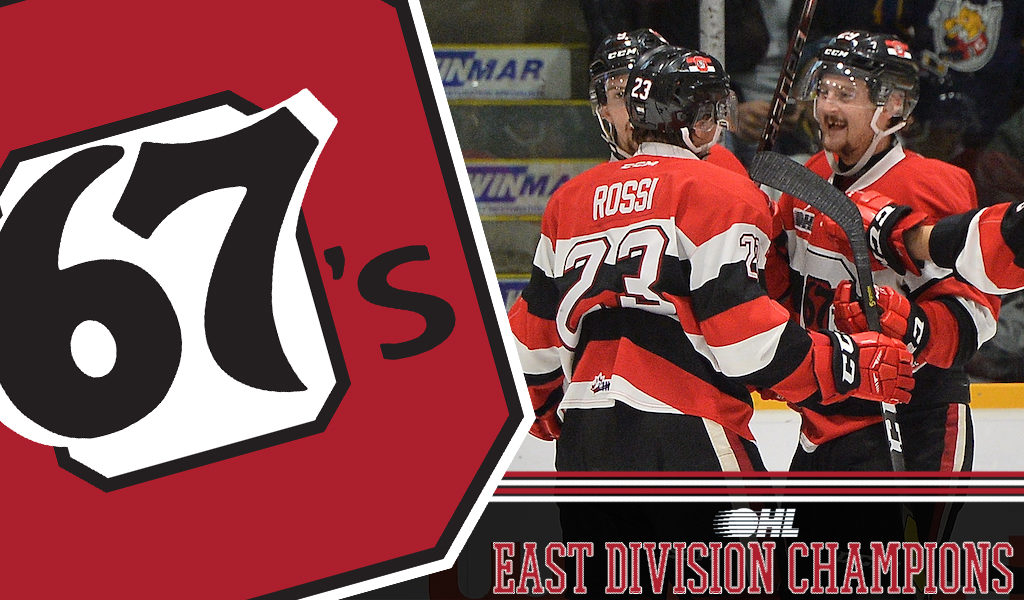 With wins on Friday and Sunday, the Ottawa 67’s are 2019 OHL East Division champions.

The 67’s rebounded from a Thursday night loss in Barrie with a 5-3 road win over the Hamilton Bulldogs Friday night. OHL all-time shutouts leader Michael DiPietro made 22 saves on Sunday for the 18th of his OHL career as the Barber Poles blanked visiting Mississauga 3-0 to lock up first place in the Eastern Conference.

Congrats to @Ottawa67sHockey for clinching the #OHL East Division title.

Now 46-11-3-2 with six games remaining on the schedule, the 67’s claim the 16th Leyden Trophy in franchise history, doing so for the first time since earning the last of three straight division titles in 2012.

The 67’s have also benefitted from general manager James Boyd’s midseason overage additions of Kyle Maksimovich and Lucas Chiodo up front while goaltenders DiPietro (2.46) and Cedrick Andree (2.53) are first and second respectively in league goals-against average.

The 67’s have surrendered a league-low 172 goals this season and are in the midst of a 14-game winning streak on home ice, playing to a record of 28-2-0-1 in the nation’s capital this season.

With 97 points atop the Eastern Conference, the 67’s set out to secure their first 100-point season since 1999 next weekend when they take on the Kingston Frontenacs and Oshawa Generals in a three-in-three set.