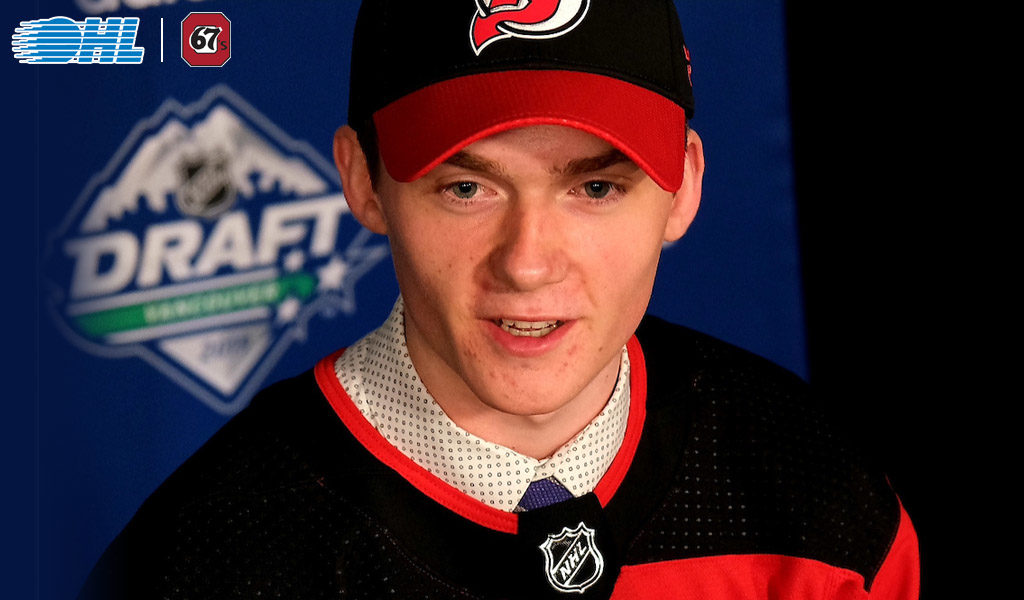 Clarke, 19, is currently playing with the Binghamton (AHL) Devils where he has appeared in four games, and also spent time this season with HC Nove Zamky (Slovakia). He previously played three seasons with Ottawa in the Ontario Hockey League, from 2017-18 to 2019-20. The right-shooting winger had 46 goals and 30 assists for 74 points in 134 career OHL games. In his last season, he averaged over one point per game, with nine goals and eight assists for 17 points in 16 games. Clarke added seven goals and seven assists in 23 career OHL playoff games. In Ottawa, he was teammates with fellow Devils’ prospects, defensemen Kevin Bahl (2018 Draft, 2nd Round, 55th overall), and Nikita Okhotyuk (2019 Draft, 2nd Round, 61st overall). Clarke participated in the Buffalo Prospects Challenge with the Devils in September 2019, scoring one goal and one assist in three games.

The 6-0, 175lb., native of Ottawa, Ontario, represented Canada on the gold medal-winning Under-18 team at the 2019 Hlinka Gretzky Cup.

#NEWS: We have signed Graeme Clarke to a three-year, entry-level contract starting in the 2021-22 season. https://t.co/XYPqfOrlH1