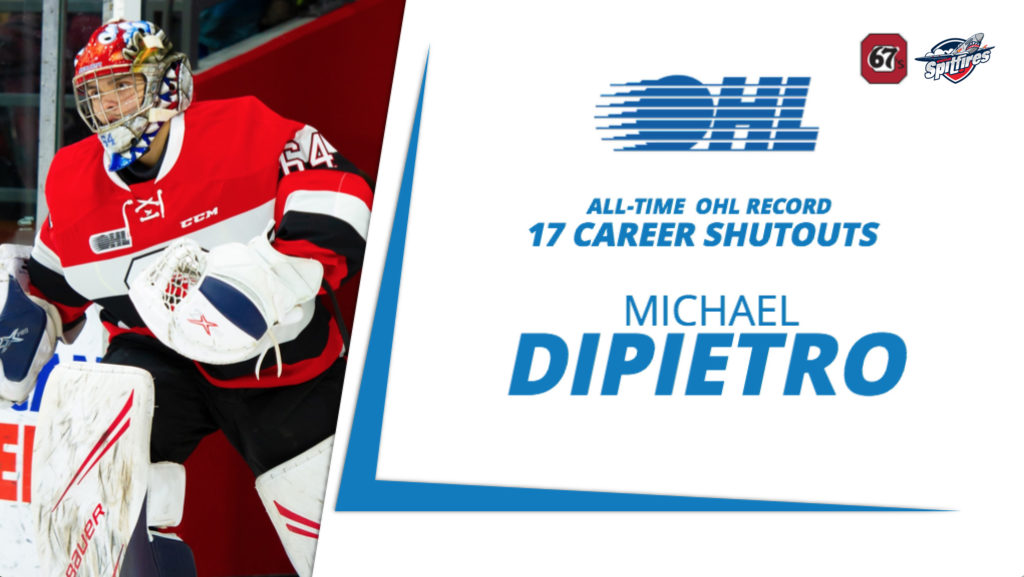 DiPietro stopped all 15 shots he faced in a 4-0 blanking of the Peterborough Petes to earn his 17th career regular season shutout, surpassing Tom McCollum for first on the OHL’s all-time list.

The record is another addition to a long list of impressive accomplishments in DiPietro’s four-year OHL tenure, one that has included a Memorial Cup Championship in 2017 along with OHL Goaltender of the Year honours in 2018.

The Vancouver Canucks prospect became the winningest goaltender in Windsor Spitfires history earlier this season, a franchise he also leads in both career and single season shutout categories.

DiPietro, who recently represented Canada at the 2019 IIHF World Junior Hockey Championship, was selected by the Vancouver Canucks in the third round of the 2017 NHL Draft.