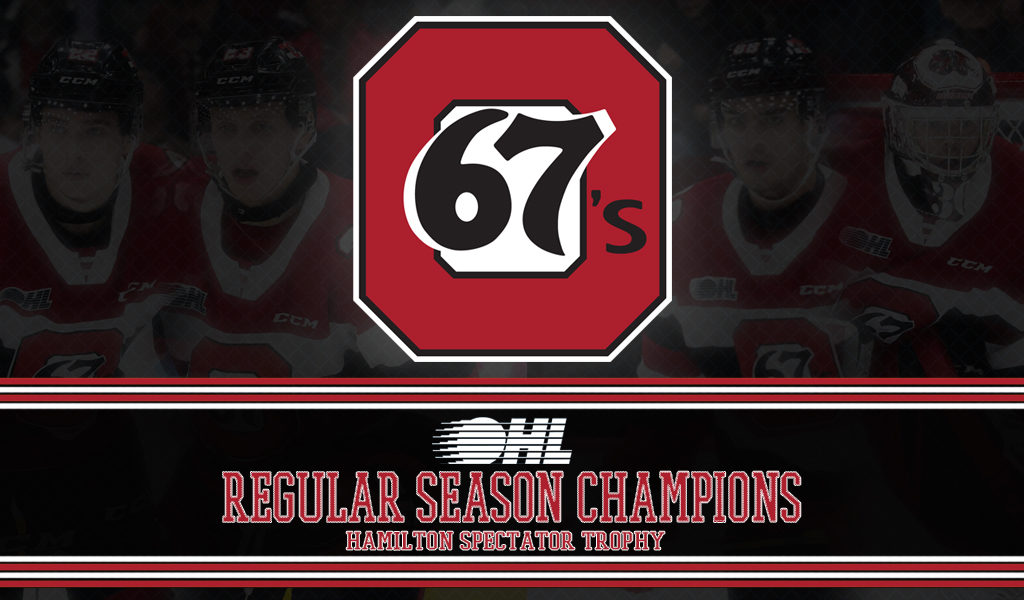 With the 2019-20 regular season concluded, the first place Ottawa 67’s are Hamilton Spectator Trophy recipients for a second straight year.

The CHL’s second-ranked 67’s eclipsed the 100-point mark in the standings for the fifth time in club history, claiming the Hamilton Spectator Trophy following past titles in 2019, 1997, 1982 and 1978.

The Hamilton Spectator Trophy was first presented to the Ontario Hockey Association in the 1957-58 season. Winners have gone on to capture the OHL championship 24 times and the Memorial Cup 11 times. The 2017 Erie Otters hoisted the Robertson Cup three years ago following their second straight regular season title while the 2009 Windsor Spitfires were the last OHL club to complete the trifecta, emerging as Memorial Cup champions.

Reigning OHL Coach of the Year André Tourigny’s club surrendered a league-low 164 goals in front of goaltenders Cedrick Andree and Will Cranley. Ottawa boasts the League’s best home record, playing to a mark of 26-4-0-1 in the nation’s capital. They also wrapped things up with the OHL’s top power play, one that operated at 29.8%.

The Ottawa attack was led by CHL scoring champion Marco Rossi, a top prospect for the 2020 NHL Draft. The 18-year-old from Feldkirch, Austria racked up 120 points (39-81–120) over 56 games while also leading the league with a plus-69 rating. Fellow draft eligible talent Jack Quinn lit the lamp 52 times and closed out the year with 89 points (52-37–89) as did fifth-year overage veteran Austen Keating (32-57–89) who sits third in all-time franchise games played with 309. Overage winger Joseph Garreffa was also a prominent scoring threat, putting up 90 points (36-54–90) over 52 games to end his OHL regular season career with a total of 315.

The 2020 East Division champion 67’s are chasing their fourth OHL Championship in franchise history after coming up just short in last year’s OHL Championship Series. They last hoisted the J. Ross Robertson Cup in 2001 and are two-time Memorial Cup champions, capturing CHL supremacy in both 1984 and 1999. 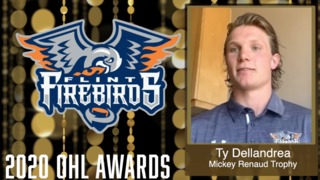 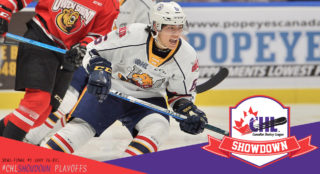